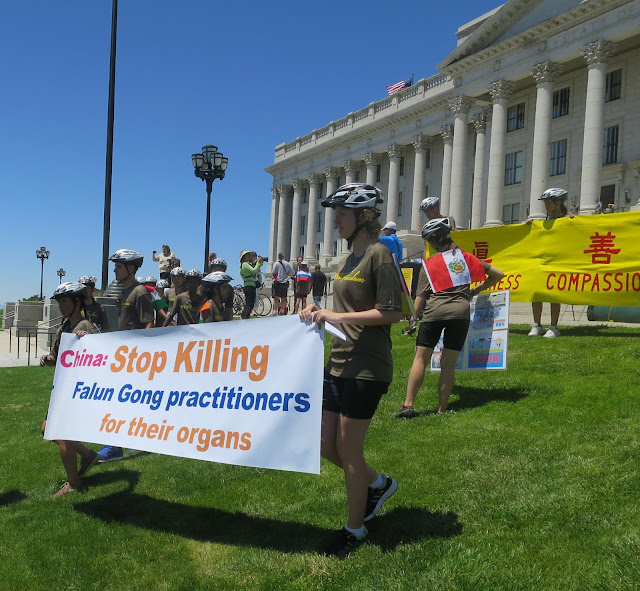 In November 2017, I attended a campus screening of an award-winning documentary, “Hard to Believe.”

The powerful film investigates courageous Falun Dafa practitioners in China who are imprisoned for their spiritual beliefs, tortured and killed for their organs.

The film is filled with first-person testimonials of what is really happening in China and why we turn a blind eye. (See a trailer at www.hardtobelievemovie.com.)

Besides being a mind control mechanism of the Chinese Communist Party, forced live organ harvesting in China is big business. Most harvested organs secretly come from prisoners of conscience who are killed to supply the growing demand for clean, healthy body parts.

Researchers estimate that over 10,000 organ transplants are performed each year in China, generating up to $200,000 per prisoner. The financial success shows up in the country’s booming transplant tourism business served by new hospitals and nice hotels.

As evidenced in the documentary, physicians are acting as murderers. Records are kept hidden. The state-owned media says what it pleases, and ordinary people live in fear of expressing any spiritual practice. When healthy Falun Dafa parents suddenly disappear, children are left orphaned in the streets by the thousands.

I know this to be true because I video recorded personal interviews with Falun Dafa practitioners. They tell similar stories of millions of Chinese people in the 1990s, peacefully practicing virtues of truth, compassion and tolerance and exercising together in parks all over China.

Suddenly, government leaders saw these people as a potential threat.

In the July 1999, a demonstration with thousands of practitioners took place at Tiananmen Square in Beijing. Watch a journalist’s actual footage here –https://vimeo.com/ondemand/htbexclusive/147809922

Winston Liu, a promising doctoral student at a prestigious university there, was among many forcefully taken prisoner. He was forced into hiding. The police harassed and threatened his parents. He was repeatedly imprisoned and tortured.

When fellow prisoners of conscience began mysteriously disappearing from prison and were killed for their organs, Liu fled for his life to Canada.

The Chinese government’s policy against freedom of belief is a catastrophic violation of human rights. Although the United States, Canada and many other foreign governments acknowledge these crimes against humanity, they largely ignore them. Nobody wants to confront Communist China on activities against its own citizens.

Most of us turn a blind eye to such problems, get upset and pass the responsibility for upholding human rights to our governments or the United Nations. I did.

But that isn’t the way things work anymore. The victory of Light, Love and Unity Consciousness changes everything. As a human family, we get to figure out how we can collectively resolve the problems we face, even our toughest ones.

In 2015, dozens of young people from many countries biked across America on a Ride 2 Freedom, calling for freedom in China. I was there and heard their stories.

“Hard to Believe” exposes a massive human rights problem. To increase international awareness, the filmmakers are kindly making it available as a service to the public for two weeks. Here’s the link – https://vimeo.com/ondemand/htbexclusive/147809922

The full documentary is worth watching. Then, do what you can to share it and speak up for humanity!

With love and hope for a better world,
Paulette Stevens