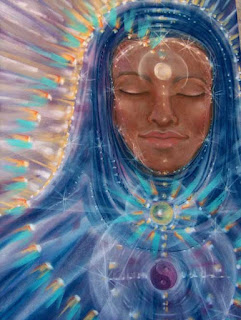 Received via email from Yosef……

So the cabal’s last big Hail Mary to stop the RV was set into motion last Friday and was a four fold plan… (all of this is confirmed, and took four days).

1) Launch a nuclear missile from a private yacht off the cost of England to hit London. But the yacht was destroyed when the missile backfired leaking traces of radiation in a cloud off the coastline.

2) Create a typhoon aimed at Honk Kong to shut down sovereign trading floors collateralized by the AIIB.

3) Create a massive Hurricane (Harvey) and send it directly towards Fort Hood in Killeen, Texas as to draw military forces away from the base then attack and steal the Republic’s secrete gold stash so their currency has no hard asset backing it at the time of the RV. But the benevolents reversed a category 4 hurricane and sent it packing to Houston as a historic tropical storm that shut down half the total crude production in the US which (all cabal controlled entities).

4) Fire a weaponless scud missile at and over Japan from North Korea to draw the US into an artificial war against a reluctant China. But that just won’t happen for a host of reasons, but primarily for the preservation of their RV roll out plan.

Collectively this was the cabal’s best shot at stopping the RV. Individually, however, this madness looks like separate and unrelated events.

Yet paymasters and sub paymasters globally are flush with liquid cash at this hour.

And their SKR clients have long been alerted to participate in the RV at a moments notice, even be stationed in the areas of the their redemptions.

Chinese and Russian generals / special forces are all quietly stationed at Fort Hood monitoring the flooding in Houston for the Elders and Putin.

The Chinese are suddenly speaking in a language unknown to US Chinese interpreters.

Meanwhile exchanges continue in Asia and other BRICS aligned countries with clients that have appointments requested by the banks.

No exchanges are technically public yet, anywhere in the world. That authorization hasn’t been given yet.

The Chinese not only are watching the Houston metro freeway driving conditions to gauge RV release readiness, but securing the boarder calm as it relates to the Golan Heights down to Damascus in Syria for a cabal attack, as they know Israel is orchestrating this final Hail Mary disruption attempt.

Because the RV ends Israeli/American dominance in the Middle East forever.

The irony of the vast flooding disaster in Texas, is the fact that one ZIM bond note hydrates the entire restoration cost across the entire scope of damage in the Houston metro area.

Time to rise up Human Angels! This is our first big mess to fix!! There will be an infinite number more!!!

If you haven’t yet signed up for the “Tetelestai” 800# email alert or new Human Angel website membership, please do so attheclarioncalls.com.

Thank you to the nearly 40,000 who have already committed to healing the soul of the world as Human Angels (1111).

Showme and I are just blown away. Humbled. Working at making the site better everyday.

We did finalize our logo today and will be posting it and the name of this Human Angel organization (and website) come Labor Day September 4, 2017.

We’re hoping to launch the full strategy post RV on October 1, 2017. But either way, we will be launching our vision. Sobeit.