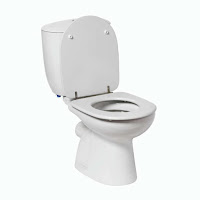 We’re waiting for a quickening of transitionary events–less time between major headlines–specifically around Trump who is in France and we believe has to distance himself while the RV commenced.

Look for RV & Republic momentum to quickly build and the orangutang Trump terd to be flushed out of our collective existence.

The physical gravity and spiritual weight of this scope of money descending upon humanity is simply undeniable, and is right now breaking the bough of old possibility paradigms.

The Elders heard our pleas for release last night. They were deeply moved by the compassion and acknowledgement of their lifelong burdens which are heavy in both form and spirit.

They wanted to thank all who contributed. And to let them know they’re working on “passing the baton” for your leg of the race.


We have not heard yet what is the hold up or what is left–if anything. We just haven’t heard Intel from the closing table — at least not yet.

We understand the New York Times, Walk Street Journal and Washington Post all have fatal media blows readied for both Trump and Mike Pence on a moments notice.

We are also hearing the RV will happen when Obama releases it, thus we believe that Obama now holds the RV global release codes should the Elders fail to perform.

Meaning, there’s a set time this weekend to release humanity’s blessing with or without the gatekeepers who have guarded the global collateral accounts for multiple generations.

To maximize the mercy, Obama wants a full quarter to hydrate the world before the 2017 holiday season start.

Turns out Obama is far, far more critical to this process than we could have ever first imagined. Many in intel circles believe he alone rescued humanity and did so in less than ten years.

We also were told Obama and Putin (with PROC) set up Trump and Clinton with treasonous bribes and intelligence going back to 2009.

We also KNOW Trump and Pence have already resigned. They’re just playing along with Obama and the Republic who are now publicly bringing forward GESARA & RV respectfully.

Ryan is keeping his head low as not to appear power hungry or politically leap frog over sitting VP Mike Pence.

It looks like we’re going to have a whirlwind weekend whereby currency holders participate in the RV amid the flash-bang reality of Republic government being inserted in place of Trump.

No more pump fakes. No more psy-ops. No more death. No more cabal.