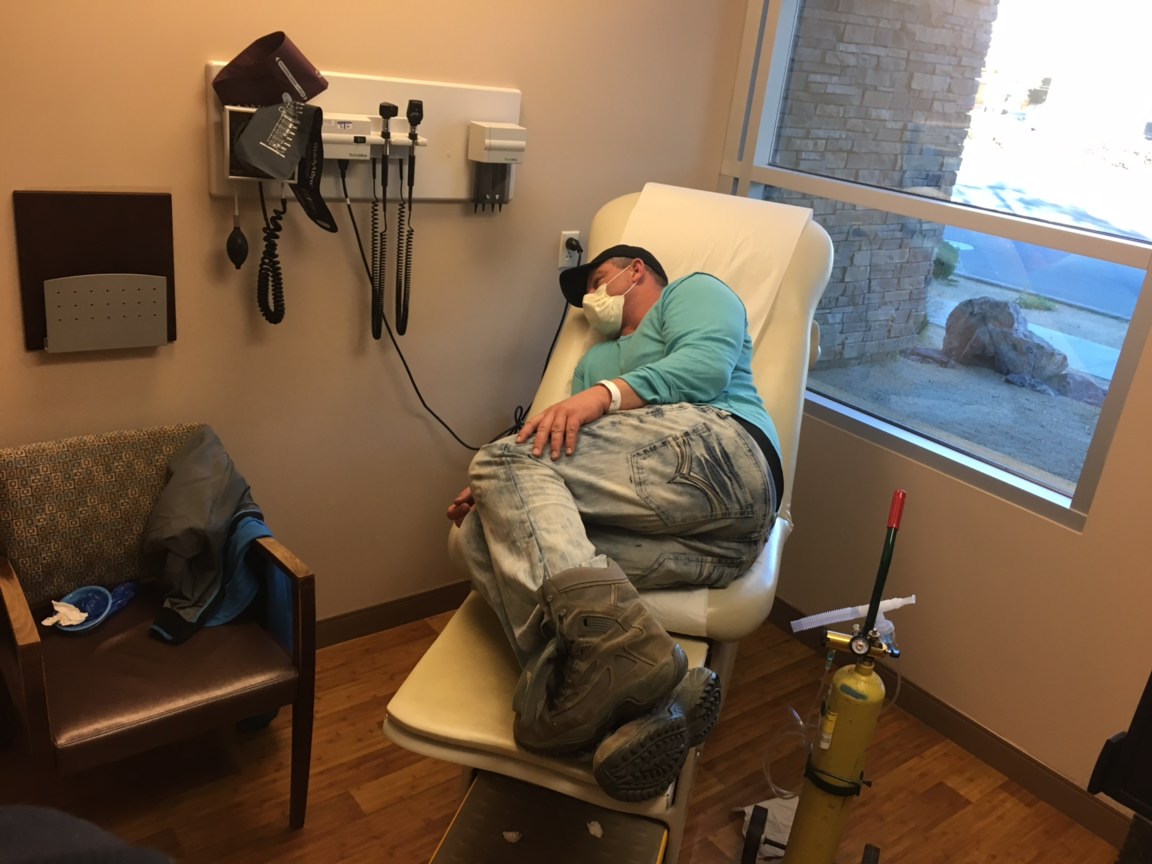 Emery Smith claims to have autopsied about 3,000 different types of ET humanoids. The day after we announced his coming forward, he was hit with an attack that landed him in the emergency room.
Right before his health collapsed, three black SUVs followed him and abducted his dog Raven. Miraculously, Raven was found alive by a good citizen after the perpetrators dumped her off on the highway.

However, immediately after the abduction, Emery developed pneumonia-like symptoms with a fever that skyrocketed up to 105. The ER in Palm Springs could not admit him until 7AM the following morning.

His oxygen level went down to 90 percent, which when coupled with the enormously high fever could very easily have killed him. This all screams of “foul play.”

As we were finishing this article, his health slipped and he had to go back into the hospital once again. We are calling for your prayers for his health and safety.

Our last article shared the story of the dog’s abduction in an update, but not everyone reads updates. For Emery’s security, we did not say how sick he really was, or that he was in the hospital, until he stabilized.

These attacks reek of desperation on behalf of the Deep State. Why would they try to completely destroy his life if he was simply making up stories, as their paid trolls will assert?

Here is a clip of Emery Smith on Cosmic Disclosure……..