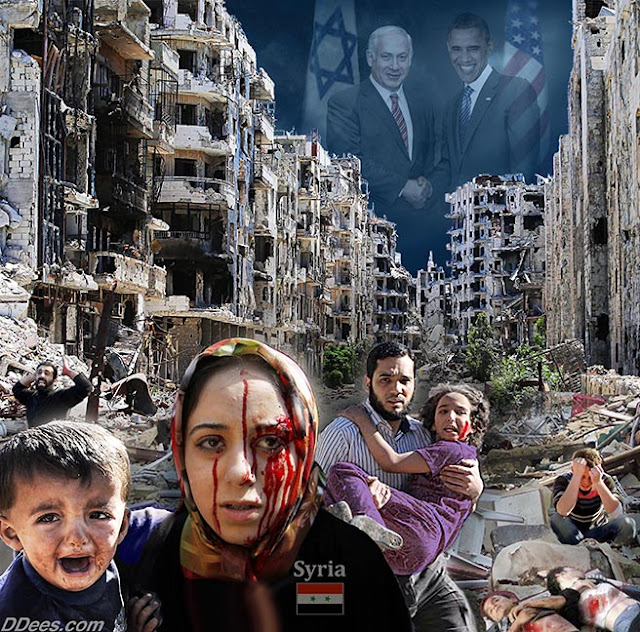 The US links itself to an Israeli government identifiable as a rogue regime by international standards, engaging as it does in torture, arbitrary imprisonment, and continued occupation of territories seized by it’s military. America’s own torture program was modeled after Israels.
*Philip Giraldi- Longtime Counter-Intelligence and Military Intelligence Officer with the CIA

“I’ve never seen a president- I don’t care who he is- stand up to them. It just boggles the mind. They always get what they want. The Israeli’s know what is going on all the time. If the American people understood the grip the Israeli’s have on our government they would rise up in arms. Our citizens certainly don’t have any idea what goes on.”
*Thomas Moore – Admiral US Navy and former head of the Joint Chief of Staff

The ugly truth that many Americans are getting wise to is that none of these wars have anything to do with American freedom and democracy, and instead they have a lot to do with Israel’s control over our President, the Congress, the Senate, the Pentagon, and the State Department.

Last year I wrote in “Syrian War Lies and The Greater Israel Project” that this war was about regime change for the benefit of Israel, period.

The US, Israel, and other western countries sold out to Israel, like Germany, England, France along with Trump’s new pal’s, the head choppers in Saudi Arabia have all been arming, funding and protecting the terrorists in Syria for years. The despicable John “Traitor” McCain spent his final years in the Senate arming and funding terrorists.

Wikileaks published a leaked e-mail to Hillary Clinton from Israeli Intelligence saying that the “fall of the Assad regime would result in a regional sectarian war between the Sunni’s and the Shia, drawing in Iran, which, in the view of Israeli commanders would not be a bad thing for Israel and it’s western allies.”

*Virginia Senator Dick Black is on record accusing Hillary Clinton of ordering the murder of Ambassador Christopher Stevens in Benghazi, to cover up her illegal transfer of arms and terrorists to Syria through Turkey.

*The US and Israel wanted a regional war to break out in Syria. Let that sink in.

*The Jerusalem Post recently reported that Israel has been arming and funding 12 terrorist groups in Syria for years. Is this how Israel spends the billions of dollars that we send them each year? Do you wonder why FOX News or the other networks didn’t report this news?

Trump said not long ago that he was pulling troops out of Syria but he has apparently changed his mind. The US Navy is currently conducting maneuvers in the region and the reason now given for staying in Syria was addressed by Naval Commander Scott Stearney who stated, They are concerned that “Iran’s activities in the region are promoting instability.” Really?

The US has been arming terrorists in Syria, Libya, and Iraq for years and is arming and sponsoring the Saudi slaughter that continues against the people of Yemen. The Turks, NATO members, have been active in Idlib for some time and have colluded with several terrorist groups including ISIS in Syria for years.

Israel bombs targets in Syria with impunity, claiming 200 bombing missions in Syria this year alone. They claim to be bombing Iranian targets, in much the same way that they blame Hamas every time they shoot another unarmed Palestinian.

The Trump administration, however, is concerned about Iran destabilizing the region? You really have to leave your brain at the door to follow this insane Neo-Con logic.

Trump needs to take control of America’s foreign policy that currently appears to be in the hands of Bibi Netanyahu, the Zionists at the Pentagon and the President’s National Security Adviser, and longtime Israeli puppet, John Bolton who was no doubt behind cruelly cutting off aid to the prisoners in Palestine.

If he doesn’t, he will likely end up on the Mt. Rushmore of American war criminals alongside the Kenyon, Barack Obama, the head of the Bush Crime Family George H.W. Bush, and of course the scourge of Iraq, George Bush “The Dumber”.

In recent days Israeli puppet Nikki Haley oddly warned Syria’s Bashar al-Assad not to use chemical weapons against terrorists in Idlib, the last refuge of ISIS, Al Queda and other groups, and just yesterday the Wall Street Journal published an article citing unnamed US officials who claim Syrian’s President Assad is planning a chemical attack. I remember when intelligence from unnamed sources lied us into the war in Iraq.

This should serve as a false flag alert to everyone. What purpose would a chemical attack serve Syria or Russia in a war they are winning? John Bolton’s recent trip to Israel was no doubt to firm up their plans to intervene and another false flag gas attack has certainly worked in the past to get the base on board to fight another war for Israel, why not another?

Just yesterday afternoon Bolton said in a televised speech that the US, France, and Great Britain have agreed that any future gas attacks would be taken ”very seriously” and would require a much “stronger and harsher response”. Sounds like we will hear about a gas attack in Syria sooner than later.

The harsher response is what Bibi and the rest of Israels zealot’s want. the plan for “the Greater Israel Project”, which calls for the theft of much more land, won’t allow a retreat, and if the Syrians won’t gas their people the US/Israeli backed terrorists and associated White Helmets no doubt have their orders.

Also, Bibi has an interest in Genie Oil Company which is pumping billions in stolen Syrian oil from the Golan Heights and Assad has made some noise recently about retaking the Golan Heights.

Regime change would likely result in the Golan Heights, Stolen by Israel from Syria over 50 years ago, remaining with Israel. At least Bibi Netanyahu certainly believes it would.

Netanyahu has already been pressuring Trump to give America’s blessing to the theft of the Golan Heights, but even if Trump went along with it the rest of the world never would. Israel hasn’t many friends at the UN.

Russia’s Putin, Iran’s Rouhani, and Turkey’s Erdogan met recently to try to avoid more conflict as Turkey has been overrun with 3 million Syrian refugees. Putin and Rouhani deciding the time was right to move on Idlib, dismissed talks of ceasefire or further delays.

Fars News Agency reported that Russian and Syrian Fighters carried out strikes on terrorists in the Hama and Idlib area inflicting heavy losses. The question many are asking is what is the US goal in Syria? What exactly is the mission? Why should World War 3 start over this nonsense?

After years of sending terrorists into Syria to destroy the country and murder it’s citizens, It would be a stretch for the US to now claim we are there on a humanitarian mission, but I wouldn’t be surprised if they try.

That might be a tough sell now since the Russian military just accused the US Air Force of using F-15 Fighters armed with banned White Phosphorus munitions while bombing the town of Hajin in Syria. The US and Israel have been accused of this before, the US famously in Fallujah, Iraq. No wonder the US is breaking with the International Criminal Court (ICC)

According to the State Department, with no UN mandate and no invitation from the Syrian government to stay, the new mission in Syria signed by Trump removes timelines on withdrawal. According to US special envoy James Jeffrey, they are committed to an “indefinitely extended stay.” The goal he said was “Containing Iran.”

That, no doubt, must seem reasonable to most FOX News watchers except what they didn’t address is the fact that there are no Iranian troops in Syria, nor are there any Iranian military bases in Syria.

*In a new warning at the UN, Ambassador Nikki Haley said, “If Assad, Russia and Iran continue down the path they are on the consequences will be dire”.

This would be hilarious if it weren’t so deadly serious. Haley must be aware that the rest of the world isn’t getting their news from FOX. The US has no moral superiority in Syria and dopey Nikki Haley couldn’t see the moral high ground from where she sits with binoculars.

What do you suppose Israel was really targeting on those 200 bombing raids inside Syria. Just who are US Fighters targeting in Hajin with white phosphorus? Why isn’t anyone asking these questions in the criminally negligent media?

The US and Russian fleets sit off the coast of Syria waiting for orders. What Trump does in Syria will make or break his presidency. If he doesn’t want to have the same “war criminal” tag that Bush and Obama carry around, Trump had better either keep Bibi on a shorter leash or break the chains Bibi has on him.

Either way at $20 trillion in debt we don’t have the resources, and I don’t think most American’s have the stomach for another war for Israel. The Syrian story is the next big story. The next great theft. 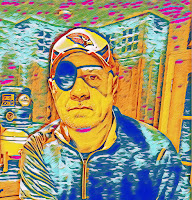