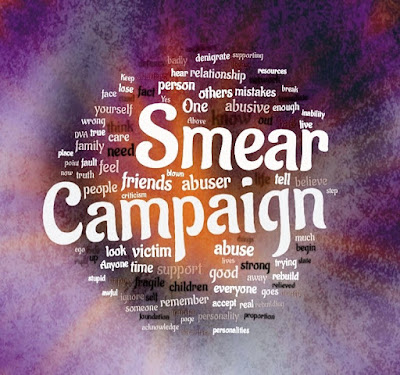 An alleged insider going by the moniker Q, also known as Q Anon, appeared on the messaging board service 4Chan several weeks ago. They posted very cryptic messages that took the alternative media by storm, with some analysts concluding that this individual, or perhaps group of individuals, was using 4Chan to disseminate important information related to a covert cold war raging within the Shadow Government or Deep State, a seeming unprecedented effort to “drain the swamp.” As of November 25th, Q Anon has not posted anything new to these message boards. However, Roy Potter, a YouTuber, exposed a smear campaign targeting Q Anon, wherein a fake Q appeared on 4Chan using Nazi symbols. This appears to be an attempt to paint Q as a Nazi, which could then be used by the mainstream media to trigger the throngs of unthinking masses to dismiss everything Q has brought forward to date.


Authentic Q posts use a specific tripcode that looks like this “Q !ITPb.qbhqo”—which is the same code used by the fake Q poster.

Notice that the first trip code is Q!lTPb.qbhqo, which doesn’t match the authentic tripcode of  “Q !ITPb.qbhqo”

Mega Anon is another 4Chan poster who said recently that she suspects the insider Q was a team of interns and that “he” will never return to 4Chan.

Do you think there’s something to mega’s claim that Q was interns? Q hasn’t posted here since then.

Umm… yeah there was “something” to it and there will be more to it, too! Admittedly, it’s even a little more than I bargained for or knew about, when I initially told y’all about these kids.

The group of these “Q” Anons will NEVER return. They know the ball is rolling internally, they know they’re going to be let go and honestly they knew it yesterday when they had to check their phones like everyone else before clocking in. New policies are under way… not just because of them and this Q shit, because frankly (sorry if this offends anyone, not trying to be “condescending” like people complain about me) no one knows or cares about it here. Again, no one here is on 4chan.

New policies are being implemented and HAVE been in the works since THE DAY, Kelly had to come out publicly on a Friday during the WH briefing and confirm he wasn’t “quitting”, “being fired” or “arguing with Trump”. Like I explained to y’all, back then when it happened… all of that, like a few other things I also mentioned, was brought out publicly as it was TIED to Kelly’s purposefully left behind and UNLOCKED, “missing phone”. The Kelly rumors were easily dealt with publicly via his statement, but THE DAY the msm broke the “story” about it, was THE SAME DAY, EVERYONE INTERNAL KNEW WHO TO LOOK AT!

Unironically, those low-level, phone swiping staffers are gone BUT, there ARE a few stragglers, there always have been and everyone has been and STILL IS aware. THEY KNOW WHO THEY ARE and THEY WILL BE VETTED, ID’ed and they will be gone. These “Q”’s are part of it and sadly we are learning there’s a lot more to ALL of these kids coordination, direction and efforts and coordination, than originally assumed.

As the swamp started to drain here and the circles of those tied to the “swamp”, their teams and internal/external communications and networks started to become much tighter, in an efforts of self-preservation… (Bolding emphasis added)

To date, no more Q postings have been archived under the 4Chan handle that was formerly being used, which you can check here to verify.

The likely question streaming through inquiring minds is “who can we trust?”

Why would the Deep State attempt to smear Q Anon, especially if there’s nothing to the information they present? Usually, smear campaigns are designed to discredit an individual or group so that the public stops taking them seriously. If Q Anon had nothing to offer, why go through the trouble? One answer is that Q Anon is providing important information that the Deep State does not want in the hands of the public.

At this stage, there are no certainties. Developing the capacity to judge information on its merits alone is a powerful skill to learn. The temptation to come to quick and seemingly easy answers is great, given that in-depth analysis and research takes time and focus that most people just don’t have in our modern fast-paced world.

When one has developed the ability to entertain many different ideas without blindly rejecting or accepting any given one, then this is the mark of a critically thinking mind, one capable of discerning a great deal. Conversely, when one rejects or accepts a message based only on the character of the messenger, resting their conclusions on ad hominem or irrelevant points that don’t relate to the specific nature of the claim, then this is an indication of faulty thinking—the very kind of thinking the people behind smear campaigns depend on for success.

Generally speaking, discernment of claims should unfold on a case by case basis, by analyzing what is said and performing research to corroborate or refute what is offered. In this case, Q Anon has revealed accurate information. Q Anon has also revealed inaccurate information and said specifically to expect as much because disinformation was needed, likely for operational security reasons.

While some claim that Q is nothing more than a grand distraction, with no redeeming qualities whatsoever, the fact that this situation is providing a venue for individuals to practice their discernment skills is no small thing.

Ultimately, the more each individual activates their critical thinking skills so as to transcend limiting binary judgments regarding claims of truth, the better we can work together to make this world a better place. Coordinating large numbers of people for cohesive action requires clear communication, humility, honesty, compassion and a willingness to see past personal bias. These character traits are developed through self-mastery practices and dedication to truth-seeking, which builds the essential personal and social skills that allow one to transcend emotional reactivity that often prevents any meaningful cooperation.

Finally, we need not do this discernment work alone. We each possess innate strengths that we can lend to a collectively approach to discernment, formulating the best conclusions possible while always leaving room for new discoveries that improve conclusions made.

PS: If anyone has any more information related to Q Anon, Mega Anon, and the smear campaign, please email me at sitsshow@gmail.com.

The preceding is a Stillness in the Storm original creation. Please share freely.

Justin Deschamps is a truth seeker inspired by philosophy and the love of wisdom in all its forms. He was formally trained in physics and psychology, later discovering the spiritual basis of reality and the interconnected nature of all things. He strives to find the path of truth while also walking it himself, sharing what he knows with others so as to facilitate cooperative change for a better future. He is a student of all and a teacher to some. Follow on Twitter @sitsshow, Facebook Stillness in the Storm, and minds.com.

Like our work? Support this site with a contribution via Paypal or Patreon.

This article appeared first on Stillness in the Storm.

This article (BREAKING: Deep State Attacks Q Anon with Nazi Smear Campaign, Fake Q Postings, And Mega Anon on Q Anon) by Justin Deschamps originally appeared on StillnessintheStorm.com and is free and open source. You have permission to share or republish this article in full so long as attribution to the author and stillnessinthestorm.com are provided. If you spot a typo, email sitsshow@gmail.com.