I know this post could get me in trouble, considering the power of the entities that I am writing about, but it’s important for me to share this anyway. I have long had a problem with them, culminating with their surveillance of me in my private life and attempts to censor my prophetic writings in various platforms. If they are under the delusion that I am going to shut up due to their intimidation and harassment, they have thought entirely wrong.

There has been much discussion over the years about the mysterious “Deep State” in US society. Many people deny that there is one, relegating it to mere conspiracy theory that should be ignored. The existence of a government structure that is in control of world society is not fake, but in fact a real thing that needs to be exposed so people fully understand how not free we really are.

In order to fully comprehend the problem humanity faces, the pivotal question must be asked of who is “The Deep State”? Much of the reason that people tend to dismiss such a thing is because they believe it is the writings of antisemites or those who promote evil in the universe.

While the discussion has popularity in these groups, the truth of the matter is that the entities in the “Deep State” collective are, in fact, fascists and allies of the far right that has taken such power across the globe in recent years.

The CIA, the FBI, the NSA, the DHS and the military industrial complex, along with every police department in the nation, are who are part of a coordinated system of power that does not answer to the working person.

The abolition of “The Deep State” is necessary in order for there to be true global freedom, not just American freedom. There will be revelations coming in the underground press in the near future that will expose the powers that be more fully than I have mentioned here. Watch out for them.

They will knock down a house of cards that has been held up by wealth, media propaganda, labor exploitation, human rights abuses and blood for far too long. The spirits of the victims of these entities are looking for their justice and they will exact it upon them in the upcoming war, both mortal and spiritual. The day of reckoning is coming. There’s nothing they can do to stop it. Silencing me won’t stop their karma. It will only speed up the timeline to its rightful conclusion.

People want to know when the truth on Deep State arrests will be exposed. I think about this daily.

My readers ask if I have updates on when the Deep State Arrests will be completed, but of course, I don’t have intel on that, obviously. I post what I research and hopefully we’ll have answers sooner than later.

The Arrests of The Deep State and the war between good and evil around the world is happening now, mainly underground.

There have been reports of mass explosions coming from underground, all over the world, over the last couple months. Some people think these underground explosions are related to war against the Deep State.

These underground military bases, which include massive tunnels that run for hundreds of miles, have been used to house pedophile rings around the world for years.

Children are bred in DUMBS and other areas around the world, for pedophile rings and satanic sacrifice by The Deep State.

DUMBS are not the only areas The Deep State runs their pedophile rings and satanic rituals.

There has been a plan in the works, for years, to take down the Deep State and either arrest or execute them all.

What is The Deep State

The Deep State consists of thousands of evil people in Hollywood, Politics, Banking, priests, the Vatican, CIA, news media and more. Most democrats are part of the Deep State.

The Deep State is based around pedophilia, money, power and satanism.

That was blunt and overwhelming, I know.

If you’re new to Deep State Arrests in the world or Arrests and Executions of famous people, I suggest you research via duck duck go search engine; never use google (they hide a lot of info.)

I’ll give a little info on The Deep State for those new to this, before providing a video I found, released this week, by Michael Jaco, which answers some popular questions on Deep State arrests.

How Did the Deep State Start?

The United States is not a country, it is a corporation.

Washing DC is on foreign soil, which is run and owned by the Vatican and Britain.

I have read, in many places, the US Constitution as we know it, expired in 1999, when the bankruptcy ended between the corporation of the United States and Britain.

You are an employee of the corrupt and fake country, The United States, which is run by the Federal Reserve banking system, which reports to the Rothschilds and Rockefeller families, along with the Vatican. These are the top Deep State members.

Perhaps you’ve heard of the Bilderberg group or the Illuminati?

Uh oh, I said Illuminati, so I’m a conspiracy theorist. Quite the opposite. I’m a truth seeker.

Covid19 isn’t the Black Plague of 1348; it’s a rebranded flu to terrorize people and crush the economy. Covid19 is a hoax, just like 911 or Sandy Hook (a lie to get people to surrender their guns.)

All hoaxes are planned by The Deep State and executed by the news media.

Bill Gates, the Obamas (lower case on purpose), bush family, biden crime family, and many more, are nothing but puppets within The Deep State.

Bill Gates has a patent on covid19; patent number 060606. Interesting number. You can’t patent anything in nature, but you can patent something manufactured.

Marina Abramovic practices “spirit cooking” and hosts satanic-themed parties for pop stars to politicians. She is very close with the Clintons of course and part of the Deep State.

All forms of news media are controlled by this very small group of powerful (money) demons; The Deep State.

The Deep State is not a recent entity. It goes all the way back to the time of the printing press. They started controlling people via media (newspapers) generations ago.

Racism is at all-time highs because they tell us it is. They want people against each other so we can’t rise up against them. They don’t want us to wake up.

If it’s in the newspapers or on television, it’s true, right? WRONG!

The television, attorneys, politicians and doctors have the best interests of the people in mind, right? WRONG!

Since these people have degrees and hold a “high status”, we must listen to what they say, right? WRONG!

I’m not saying all people with titles are bad. Many of them aren’t aware of what they’re doing. I’m talking about doctors and BIG PHARMA. Big Pharma has silenced those trying to spread the truth.

Vaccines make money for BIG PHARMA and BIG PHARMA is a very bad. Big Diabetes Lie Presentation From the Doctors ! Most doctors don’t learn true ways to cure the sick. Most doctors prescribe drug after drug and force vaccines. This makes BIG PHARMA money and it doesn’t matter who dies in the process.

The United States government has always been broke. Everything bought is loaned by the Federal Reserve.

The banking system and the Vatican run the United States and other countries because they have unlimited funds.

Those with unlimited amounts of money; Rothschilds, Rockefellers and Vatican, are the ones pulling the strings. Above this group are the “elite”, a very small group of 300 that runs everything.

Beneath these evil entities are the puppets; politicians, hollywood actors, news media and the like. These puppets are used to control and brainwash people.

The Deep State is a woven web of evil that includes pedophiles, satanic worship, child trafficking and human sacrifice.

The news media lies; everything they say is scripted. They are told what to say by the Deep State.

All television shows and movies include symbolism and are predictive programming.

The Deep State must tell us what they are going to do before they do it, via all forms of media; this is predictive programming; it’s how they operate.

Search 2012 olympic ceremony video and let me know what you think that is referring to (hint 2020.)

Satanic symbolism is in music as well. Take a close look at what pop stars are wearing; devil horns, fake blood, submissive situations, etc. It’s all around us.

The reason we don’t see these symbols as a big deal, or refuse to believe it, is because it’s been happening slowly over time. People are conditioned and brainwashed to accept what they see.

I highly suggest you read my post on Deep State Pedophiles exposed, which goes into more detail on the Deep State and what they do.

Disney is quite the opposite of what you think

Some images, out of thousands, that link Disney to Deep State pedophiles. Disney is showing us who they really are, right in front of our eyes.

Ask About Illuminati – there are no coincidences.

The all-seeing-eye – Illuminati is everywhere, even on the dollar. 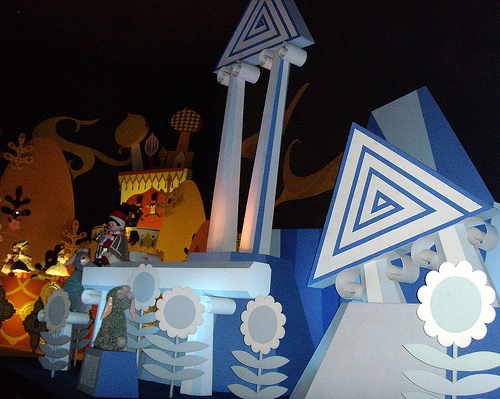 Twitter, Facebook, YouTube and google have been removing anyone talking about this topic. Why are they doing this? These tech giants don’t want the truth to get out.

These large social media platforms remove anyone seeking the truth; these platforms are part of the Deep State. This all started early 2020 when people caught on to the virus hoax.

Maybe you know a few people banned from these platforms for mentioning anything about empty hospitals, virus hoax, Donald Trump or the Deep State.

President Trump was banned from all social media platforms….no, that’s not odd.

I could go on and on but the main reason for this post is to share a video about Deep State arrests and the status of them, as of February 2021.

Why are Deep State Arrests taking so long?

It’s been said that everything is being done systematically.

We as people are used to instant gratification. World War II took 5 years, we are in World War 3.

Things take time. Yes the USA corporation was declared bankrupt and dissolved. The news media won’t announce anything as they are part of the Deep State and will be taken down shortly.

The actor Joe Biden was trying to play President of a defunct corporation.

The whole President Trump impeachment was a movie made to look real.

I was told by someone in the military who read my posts that Trump and his team have everything under control. In the original consitution of 1776 it states Inauguration Day is March 4th, unfortunately it doesn’t say what year.

Trump is sticking to the original US constitution. Arrests will happen and we will have a new government.

Believe me, I would love to see it in place yesterday, however, we need to be patient. The military has removed a lot of dangers. Last week they took out 50,000 Chinese troops in Quebec and 25,000 Chinese troops in Manitoba that wanted to attack the USA. So a lot is being done in the background.

As always, do your research and use discernment. There is A LOT of odd things going on in the world today so this shouldn’t be too far-fetched.

At the end of the day, people need to know what is going on. Right now the United States is flying by the seat of its pants in several directions.

There are no promises as to when the Arrests of the Deep State will be over. We must wait, but while we wait, research and spread the word on what is going on in the world! That’s how you can help!

You Won’t Believe What’s NEXT?  David Icke Reveals All. . . Video below: