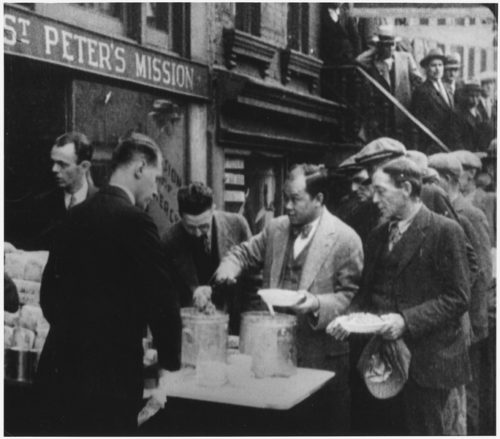 One reason I started my own economics blog was because of how tired I was of reading government-regurgitated half truths about the economy. Nothing has changed. As Newsmax and other publications report this week that July was a bumper month for lower-wage earners, I continue to have to sift for myself through all the glitter to find the globs of buried ugly truths. First, the DayGlo report:

Eight years into the economic recovery, Americans on the lower rungs of the ladder are finally getting some relief in the job market, and there could be more to come.

Underneath a 209,000 gain in July payrolls that was stronger than forecast on Friday, significant shares of job growth were in lower-wage industries such as restaurants and home health-care services. As the overall labor-force participation rate ticked up 0.1 percentage point, the level for people age 25 or older without a high school degree surged to the highest since 2011. In leisure and hospitality, which typically carries lower pay, annual wage gains of 3.8 percent outpaced the average.

That’s wonderful, but parse between the lines and look for some background statistics, and a hideous picture of a continually deteriorating jobs market emerges. Parsing the lines: while the unemployment rate supposedly fell to 4.3% in July, all the job growth last month happened in part-time, mostly minimum-wage jobs. Looking deeper into statistics not included in that article, full-time jobs actually stepped backward by 54,000 in July. The headline should have been “Full-time Jobs on Retreat” because those are the jobs we care about. Part-time jobs, on the other hand, saw huge growth (+393k) (The numbers don’t reconcile because the 209k increase was from the BLS Establishment Survey of Nonfarm Payroll: The other numbers (+393k PT and -54k FT jobs) come from their “Household Survey” to give a broader picture.)

Said the late Henry Hazlitt, economics writer for the New York Times (back when it was in the news business):

Looking at the effect on various groups changes the picture substantially. July saw the biggest increase in part-time jobs in almost a year, but how many of those were full-time people losing those 54,000 FT jobs and scaling down?

As a result of such a big leap in PT jobs, minor wage increases should be expected in the part-time sector. However, even those wage increases may have only been due to parts of the country that have been raising their local minimum wage — a factor that would be hard to sift out. Certainly the noted wage increase happened entirely in the sector that has been receiving a lot of talk lately on minimum-wage increases. (Seattle being a prime example of a city that voted several years ago to graduate its minimum wage up to $15 an hour — a move that is still in progress.)

I doubt the statement that wages at that level grew 3.8% annually is what it appears, although that is still a minute increase when you are talking about wages that are so small in the first place. You cannot tell for sure from the way Newsmax wrote its article, but was that 3.8% increase the actual year-on-year gain, or is that the “annualized” figure of what last month’s increase would amount to if it continues for the next twelve months? If they meant the latter, that is a case that is unlikely to actually play out.

Either way, one would expect this sector to have the largest percentage increase because you are 1) talking about the smallest wages in the first place where every 1% wage increase amounts to mere pennies and because 2) jobs are shifting from much better paying full-time jobs to lower-paying part-time jobs, giving room for companies to bump up the PT wages. What’s not included in that insignificant wage gain (as the reason why I call it “insignificant”) is the huge loss in benefits that almost certainly corresponded with this human migration downward from full-time jobs group with benefits to the part-time jobs group without benefits. Companies may be willing to pay a few shekels more in wages when they are saving hundreds of dollars on benefits. The transition is a net gain for the wealthy for certain.

So, that was the real story this month — full-time jobs actually declined as part-time jobs shot upward. That, to me, looks less like job improvement than like a tipping of the scale from one side of the economy to the other. What the government never measures (or, at least, it never gets reported) is the change in full-time equivalencies. Last month was probably a decline on that front also, but we cannot tell because we don’t know how part-time the part-time jobs were (three-quarter, half, one-quarter time, half a day a week?). We have no idea.

The way the figures are window-dressed in articles like this, which just parrot the government’s statistics, makes it sound like poor people finally got the boost they’ve been yearning for. Hallelujah! The wage gains are starting to trickle down! The real truth? More formerly full-time people became poorer part-time people. Oh. Sad.

This is the reporting baloney we have had to live with throughout the Great Recession and its aftermath because investigative reporting is dead. The numbers required to get the fuller picture just aren’t presented, except on alternative-media sites like Zero Hedge.

While the job market in July deteriorated significantly toward more part-time jobs, the news about jobs this month is even worse than that.

The New York Fed reported the following for the past year, but you don’t see much about it in the derelict press either: Those with a high-school diploma or less saw their ratio of employed people to their population go up; while those with college educations, saw the percentage of those who are employed drop over the past year.

It would appear we’re adding a lot more bar-tenders, house-keepers and burger flippers. In fact, yes, statistics in July showed that almost all the jobs added were in those industries, which have been the hottest hiring sectors both last month and over the past seven years. “Food services and drinking places” saw the biggest increase in July’s job numbers. (That adds up since that is also an industry with a lot of part-time jobs.) No doubt, the nation needs more bartenders of late with all those people in retail who are losing jobs as 20,000 retail establishments shutter their doors this year next (many of them major retailers).

With an average wage of $13.35/hr in the hospitality sector, the 3.8% annual increase (if it actually happened and is not just an annualized projection) would be a boost of fifty cents an hour. Sure, that’s better than a peck on the head with a sharp stone … unless a lot of those people formerly had full-time jobs that paid even better and that had benefits.

Other areas where the largest gains happened were “waste services” and “health care” (due to an aging population).

Happy to take all of this a proof of his success, Trump touted July’s job report as “excellent job numbers” while noting that he has “just begun!” America is becoming great again!

BS from the BLS

Oh, but wait. There’s more. There is this tidbit, hardly mentioned everywhere, and not spelled out as it will be below ANYWHERE (except here):

The entirety of job gains in July was due to “seasonal adjustments.” The real number, without government manipulation, saw a job decline of 1.3 MILLION jobs!

Oops. (Wonder if Trump will accept the credit for that!)

The US economy lost 1.03 million jobs in July. That’s a fact.

But  … didn’t the Labor Department announce last Friday that July had a gain of ____ new jobs?

Sure, and the discrepancy, as I explained last Saturday and many times before that, was caused by seasonal adjustments.

Adjusting for seasonal oddities — like teachers leaving the workforce en masse in the summertime and retail workers getting laid off in bunches after Christmas — is normal and acceptable to economists….

But the devil, as they say, is in the details. Were the seasonal adjustments applied fairly and consistently in July?

There’s evidence that they were not….

Had Labor used the same 1.22 million seasonal adjustment this year that they used last year, it would have produced 65,000 fewer new jobs last month….

That extra 65,000 jobs comes at a time when the US economy is clearly weaker than it was in 2015 — so why increase the adjustments by 5 percent?

OOPS AGAIN. That article was written last year (August 2016), when the Dept. of Labor made a much bigger seasonal adjustment than in 2015, resulting in a better job figure during the election year of 2016, which raised the eyebrows of that economics reporter. (Hence the mention of losing 1.03 million as opposed to 1.3 million, but I wanted to point out a trend of something that was already looking bad in 2016.) This year the BLS did even worse in adjusting their adjustment — much worse!

Here is the trend in lying statistics:

Every year, the adjustments keep getting better … for the government, regardless of weather, etc.. Now, I don’t pretend to know how the Department of Labor’s Bureau of Labor Statistics devises its seasonal adjustments, but I get suspicious when year after year, their economists have to keep moving their adjustment up in order to continue coming up with a positive jobs number. I get especially suspicious when the “adjustment” jumps so much in one year but even more so when the change in their seasonal adjustment from last July to this July was greater than the entire number of jobs supposedly added to the economy in July.

I’m not saying the BLS lies intentionally, though I wouldn’t rule that out. I just wonder how much confirmation bias there is in how they choose to adjust for seasonal factors. There is only so much BS from the BLS a guy can handle, and I think the BS Factor appears to be growing faster than the actual Labor factor.

Economics is haunted by more fallacies than any other study known to man…. They are multiplied a thousandfold by … the special pleading of selfish interests. While every group has certain economic interests identical with those of all groups, every group has also … interests antagonistic to those of all other groups. While certain public policies would in the long run benefit everybody, other policies would benefit one group only at the expense of all other groups. The group that would benefit by such policies … will argue for them plausibly and persistently. It will hire the best buyable minds to devote their whole time to presenting its case. And it will finally either convince the general public that its case is sound, or so befuddle it that clear thinking on the subject becomes next to impossible.

The real truth about July, stripped of all the befuddlement and Trumpeting, is that America got weaker, not greater:

Is it time for the Hallelujah chorus or the What-the-Heck curse?