Thank you to redcat3 for sharing Cottrell’s updates on the CMKX,GCR/RV, and additional information concerning the new financial system.  FYI: Mr. Cottrell works with Al Hodges. 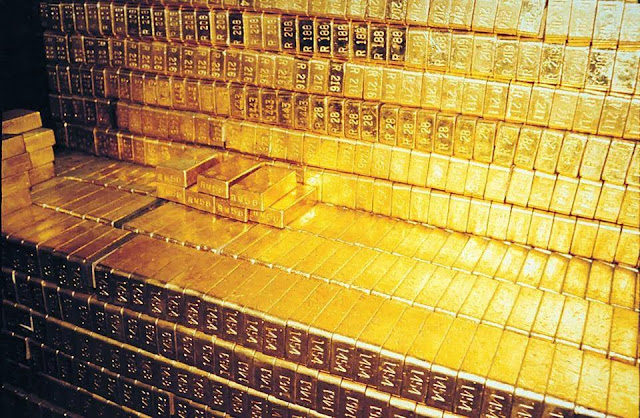 I sent another email to Mr. Cottrell asking if he had any additional information about when he might receive the CODES.

This is his response:
Re: Update regarding release of CODES, etal., per the GOLD TREATY (21 March 2013)

The last communication received, June 2016, from the “Authorities/INTERPOL” stated that the Protocols itemized in the above mentioned “GOLD TREATY” are “Written in Stone” and are “NOT SUBJECT TO CHANGE.”

Therefore, per the last communique with you, (March 13 and 14, 2017), nothing has changed. We, including me, must wait until the word is given by the GOLDEN DRAGON, and the subsequent visit to release the CODES, and the FIPS, CMKX FUNDS, etal.

There is nothing more that I can add. Sorry.

Except a word of caution —- NO GURU KNOWS WHAT IS GOING TO HAPPEN BEFORE IT HAPPENS regarding the release of the CODES. If you believe anyone of these folks, you do so at your own emotional peril.

This letter can be released to anyone you choose.

I hope this answers your question, but please call or email if you have any more.

I sent an email to Mr. Cottrell asking about his connection to our trust and payments to the shareholders. After the first response below, I sent another email asking for a clarification about an initial payment.

As stated in his responses, there is no direct connection between CMKX and his action regarding the codes he will receive.

Thank you for your email regarding the CMKX issue. Although I am NOT a shareholder, the circumstance regarding the confusion over my role, the payment of the FINES, INTEREST, AND PENALTIES (FIPs), and the remittance of the CMKX funds from the “Mahue Trust”, per Al Hodges, Attorney-at-Law.

My involvement with Al Hodges began as the result of Chris Story, FRSA, contacting me for permission to release an article to Al Hodges regarding the CMKX $12.5 Billion dollar theft, by Bush Sr.. After several conversations, between the three of us, Chris and I decided that we needed an alternative method of evidencing my Affidavits (of 2008, etal.), to Her Majesty the Queen of the United Kingdom. We had reason to believe the previous method had been re-routed to 10 DOWNING STREET without our knowledge. Al Hodges provided a successful method to deliver the packages to Her Majesty, without problems.

Per the above Referenced items, on 21 March 2013, approximately 200+ countries signed a “Gold Treaty” that designated a loan, enmass, that would satisfy the BASEL III LIST, of which I was a named participant. This Treaty will eliminate the Fiat monies and derivative system once and for all. Within the GOLD TREATY I am named as the Primary Designee to receive the CODES that will FUND THE NEW REPUBLIC OF THE UNITED STATES OF AMERICA TREASURY, and release the GOLD-BACKED UNITED STATES NOTES (USNs) —- WHICH INCLUDES THE GOLD-BACKED FUNDS FOR CMKX.
That is the extent of my involvement with CMKX.
Now, as to when this will happen…..I DO NOT KNOW. It is determined by “THE GOLDEN DRAGON” who signed for the massive Gold amounts which will be distributed via the GOLD TREATY. I am in the dark as much as all of the CMKX shareholders.

I hope this answers your question, but if you have any more, please call or email.

Re: Payment process for CMKX

I appreciate your inquiry regarding the payment of the CMKX funds; however, as far as I have been advised — thus far, I will have NO FURTHER involvement with the payment or the payment process — once I have entered the CODES into the NEW REPUBLIC OF THE UNITED STATES TREASURY that will unlock the Gold-Backed USNs.

The question of the payment process should be directed to Al Hodges. Since I am not a shareholder of CMKX and have no standing in the matter, I do not have any information relating to how or what process has been setup.

This response and the earlier reply may be posted at your convenience. However, upon advice from the International Authorities, I am not permitted to access any “boards” (Ref: Michael C. Cottrell Affirmation dated 20 December 2014).

If you have any further questions, feel free to email them.

Although this does not provide us with information about any payments, it does IMO eliminate the possibility that they will come directly from Mr. Cottrell.