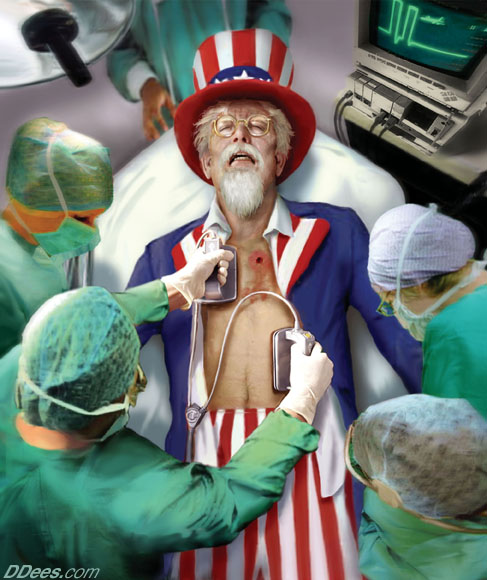 Is it just me or is the timing of these so-called pipe bombs recently sent to leading Democrats including the Obama’s, the Clinton’s, John Brennan, George Soros, Mad Maxine Waters and the traitor who had a spy with ties to to the Muslim Brotherhood working as her IT guy, Florida Congresswoman Debbie Wasserman-Shultz, awfully convenient with the election just two weeks away.

The trolls at CNN and MSNBC are already blaming Trump and his supporters. Have they thought to question Sheila Jackson Lee and her staff?

At first glance, this appears to be a manufactured false flag event. None of the bombs detonated and probably weren’t suppose too. the FBI Is on the case so whatever happens, you can’t trust that the truth will come out. The FBI recruits and trains terrorists only to swoop in to make the arrests. Don’t forget Robert Mueller led the cover-up after 911.

They have a history of luring wannabe terrorists or pressuring unsuspecting foreign-born informants into these sting operations. that’s exactly what happened to the patsy’s set up to take the blame for the “Boston Bombing”, the Tsarnaev Brothers.

*Let’s see if when they make an arrest in this phony pipe bomb hoax if the suspect has ties to the FBI..

Nothing like another distraction to keep the Obama criminal cabal from answering questions about spying on the Trump team before the mid-term elections. Obama said this week that it’s wrong that Trump wants to prosecute criminals in his administration. I believe the majority want the truth and let the chips fall where they may.

Perhaps the bomber thought at the same time they could elicit some sympathy for these tired old Marxists who are still adored by the ignorant and brainwashed lemmings on the left and generate some enthusiasm two weeks before the mid-term election.

This was clearly the work of a group like the violent arm of the Democrat National Committee that was exposed after an undercover investigation before the 2016 election. The man in charge of this illegal operation is a convicted felon and a close confidant of Barack Obama’s from Chicago. More on that later.

Rod Rosenstein who unsurprisingly just canceled his meeting with Congress, where they intended to ask him why he illegally approved a FISA warrant to spy on several members of the Trump team. They also are outraged that he continues to withhold documents that he was court ordered to turn over a year ago.

If Trump wants the Republicans to hold the house when the mid-term smoke clears he needs to declassify the documents that Congress has requested and the public is chomping at the bit to see. And he’ll need a better reason than, it would embarrass two countries, to keep it from the American voters.

Most young voters are the products of a woefully inadequate, and ineffective “Common Core” education system, that is getting worse every year.

Students are no longer taught Civics, the curriculum glosses over real history, and teachers across the country from grade school to college routinely and openly criticize this President in the classroom.

This is outrageous! critical thinking is nowhere to be found. How else can one explain the American public’s acceptance of the government’s ridiculous conclusions in the 911 Report?

Richard Gage, an Architect and the founder of “Architects and Engineers For 911 Truth” which boasts a membership of 3500 members from all over the world said of the report, “The government’s conclusions in the 911 Report are not only impossible, they are laughable”

Didn’t Trump promise to get to the bottom of the 911 lies? I think the American people are far more interested in what happened on 911 than moving the embassy to Jerusalem. I’ve yet to find anyone that cared one bit whether that embassy was moved or not.

Sadly, in today’s America, critical thinking and common sense are being trumped by cognitive dissonance and groupthink.

I doubt most High School graduates have a clue what freedoms the Bill of Rights provides for them as an American citizen. If they did they would not so carelessly minimize the importance of our maintaining sovereignty, our borders, and our culture, because they are all in jeopardy.

A recent survey in the Washington Times showed that College professors who identify as liberal outnumbered those who identify as conservative 12 to 1. You think that might prove to be a problem? I think it already has.

Many young voters can’t appreciate something they selfishly take for granted and know so little about. There is no other reason they would support this migrant horde moving toward our southern border.

People need to get it through their heads that this migrant invasion is well organized and paid for by the same globalist that are destroying the European countries as I write this.”State of the Nation” confirmed in an article today that George Soros is funding this caravan heading for our border.

We have laws against helping illegal aliens enter the country. Soros and anyone else caught breaking our immigration laws should be arrested and charged.

This isn’t a Democrat Vs Republican issue. This is, as Trump said the other night, patriotic, America first, nationalists Vs an agenda of open borders, anti-gun, police state run by the globalists. Forget the Bill of Rights.

The globalists can’t stand American sovereignty and hate Trump calling himself a Nationalist. CNN’s dopey Don Lemon tried to say that the term has racist connotations. Lawrence O’Donnell invoked David Duke’s name in his idiotic rant about Trump’s use of the “N” word… “Nationalist”.

Despite 93% negative coverage from the “Operation Mockingbird” trained disinformation media shills like Lemon, amazingly, Trump’s approval rating in a new NBC and Wall Street Journal poll is the highest it’s been since he was elected at 47%, and 2% higher than Obama in the same poll at the same point in his first term.

I just saw that parents of children attending Rocky Top middle school in Colorado are outraged that the school brought in a “Drag Queen” named Jessica Whor, to speak to the kids on Career Day. School officials defended the move in the name of diversity.

You can’t make this stuff up. We have Mr. Obama to thank for this sort of diversity and he leaves it up to the parents to explain this nonsense to their confused and disgusted 13 and 14-year-old sons and daughters who want an education not be exposed to some deranged administrators idea of diversity.

Social media agitators, party bullet points and dopey slogans on yard signs and bumper stickers drive the uneducated voters who know little about the candidates they support but they will follow the nearest George Soros paid agitator with a bullhorn and mindlessly repeat what he spews.

They should start arresting these masked protestors who are instigating violence at every protest and start fining them $1500 with 6 months mandatory jail time for the first offense and double it for a 2nd offense. the violence at these protests would stop quick.

Project Veritas did an undercover investigation into the Democratic National Committee and found the main man in charge of organizing the violent arm of the DNC. These are the people they pay to cause problems at Trump rallies and encouraged to instigate violence.

They have him on hidden video bragging about having a national network of paid operatives who were encouraged to attack and punch Trump supporters. This story broke two years ago and was largely ignored by the media.

Why isn’t FOX News still talking about this? This was bombshell news. Why don’t Republicans talk about this more? Democrat-affiliated groups have been behind all of the violence since Charlottesville.

The man on the hidden video was Bob Creamer, longtime Illinois Democrat operative, husband of twenty-year Congresswoman Jan Schakowsky, a friend of Barack Obama and recently released from prison after serving time for stealing $2.3 million. He was released in 2015 and went right to work for the Democrat National Committee.

In the year prior to the election Creamer visited the White House over 200 times, and met privately with Barack Obama 45 times. These meetings were never explained. What do you suppose they were planning?

Even after the story broke Obama was never questioned by the complicit media. The DNC fired Creamer when the video surfaced. That video proves beyond any doubt that the DNC has thugs on their payroll paid to instigate violence against their opponents. How far have they gone?

Creamer’s wife, the Congresswoman from Illinois was set up in a lesbian honey-trap with a female Turkish Intelligence operative according to FBI Whistleblower Sibel Edmonds, who went on to say that Schakowsky was being blackmailed and testified in front of Congress that she saw evidence of her treason. Schakowsky still represents Illinois in Congress. Does Crime pay in Washington?

Trump visited Texas a few days ago and there were 100,000 requests for tickets at a venue that holds just 20,000. They put up a giant screen TV for the thousands of Trump supporters who couldn’t get in.

And it’s not just Texas, Trump is packing large venues all over the country with raucous and enthusiastic crowds. Compare that to a recent Obama appearance in Nevada where he drew a small crowd of around 300.

Creepy Joe Biden, bursting with presidential aspirations, spoke at a planned rally in Las Vegas on the first day of voting just a few days ago in front of what was described as a small crowd of less than 200.

Makes you think if the Democrat’s take the house they will somehow steal it. Trump was going to ensure that our election results were honest and beyond question. He’s done nothing.

I see no one on the left with a plan to do anything. I see no enthusiasm in their agenda, and many of their leaders appear to be mental cases.

The mid-terms can’t get here fast enough for Trump. The great economy Trump touts has left a lot of people behind. Just because his friends at Mar-A-Lago gave the tax cuts a thumbs up doesn’t mean that it impacted people around the water cooler.

His 4.3 GDP isn’t affecting the public in a positive way as much as rising interest rates, rising gas prices, flat new car sales, a stock market that has lost all of it’s year to date gains. In the last eight days $4 trillion has been wiped off of what had been record values.

The housing market has slowed and higher rates are affecting it in a negative way. Economist Peter Schiff has warned that World markets are melting down. Bigger market corrections could go deep.

Student loans are a massive generational scam that has gone on too long. There are now around 44 million people with debt totaling over $1.5 trillion.

The Israeli’s continue to punish the Palestinians, stealing land and and bulldozing homes while Trump turns a blind eye. the Saudi’s continue to bomb and kill the poor civilians of Yemen, with the blessing of Trump and the Pentagon who are more interested selling arms to the Saudi’s than saving innocent lives and mediating a peaceful resolution.

The head choppers in Saudi Arabia murder their citizens and chop up their bodies and America enables them to continue to bomb the unarmed populace with America’s blessing. These policies are despicable. To Nikki Haley I say Good riddance! To Trump I say fire John Bolton. He’s a disaster

I’ll bet Trump wishes he had done more for the middle and lower classes in his tax cuts that did go mostly to the wealthy. He knows they weren’t enough and announced a new 10% tax cut for the middle class in Texas a few nights ago. I don’t know if that promise will change anyone’s vote, but it’s a positive sign.

Trump isn’t perfect but he’s the best shot we have to protect our borders and save our Constitution. It’s not just Democrats that Americans need to worry about. The UN and the world controllers made up of billionaire bankers and the elite bloodline families of the world have big plans for America, we’re just not in them. 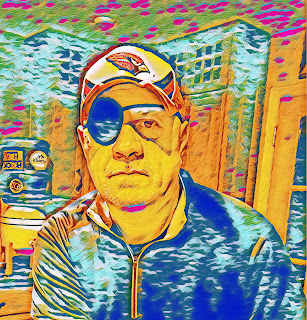