Appearing at the House of Commons despatch box for the regular weekly session of Prime Minister’s Questions (PMQs), Prime Minister Theresa May made a statement to MPs confirming the start of the two-year extraction process.

At the same time, British ambassador to Brussels Tim Barrow delivered a letter signed by the PM to the European Council President Donald Tusk in Brussels. Once it was accepted, Article 50 was officially triggered.

After nine months the UK has delivered. #Brexit 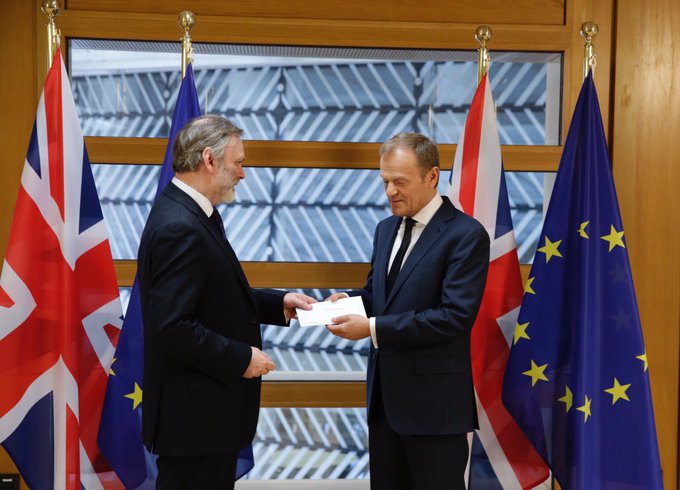 Speaking to MPs, May said: “The article 50 process is now underway … the UK is leaving the EU.

“This is an historic moment from which there can be no turning back. Britain is leaving the EU. We are going to make our own decisions, our own laws.”

“Our best days lie ahead. I am confident we have the vision and the plan to build a better Britain.” 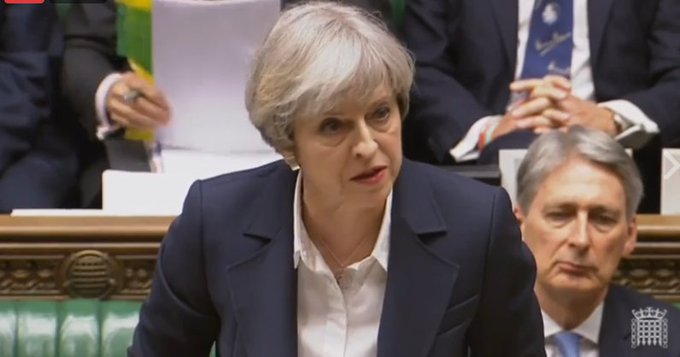 Historic and exciting day! Will be speaking to counterparts around world today to reinforce we want a deep and special partnership with EU

May says the UK will not try to “cherry pick” in Brexit talks, and wants “smooth” and “orderly” negotiations.

She confirms the rights of the 3 million EU nationals in Britain will be an early priority in negotiations. 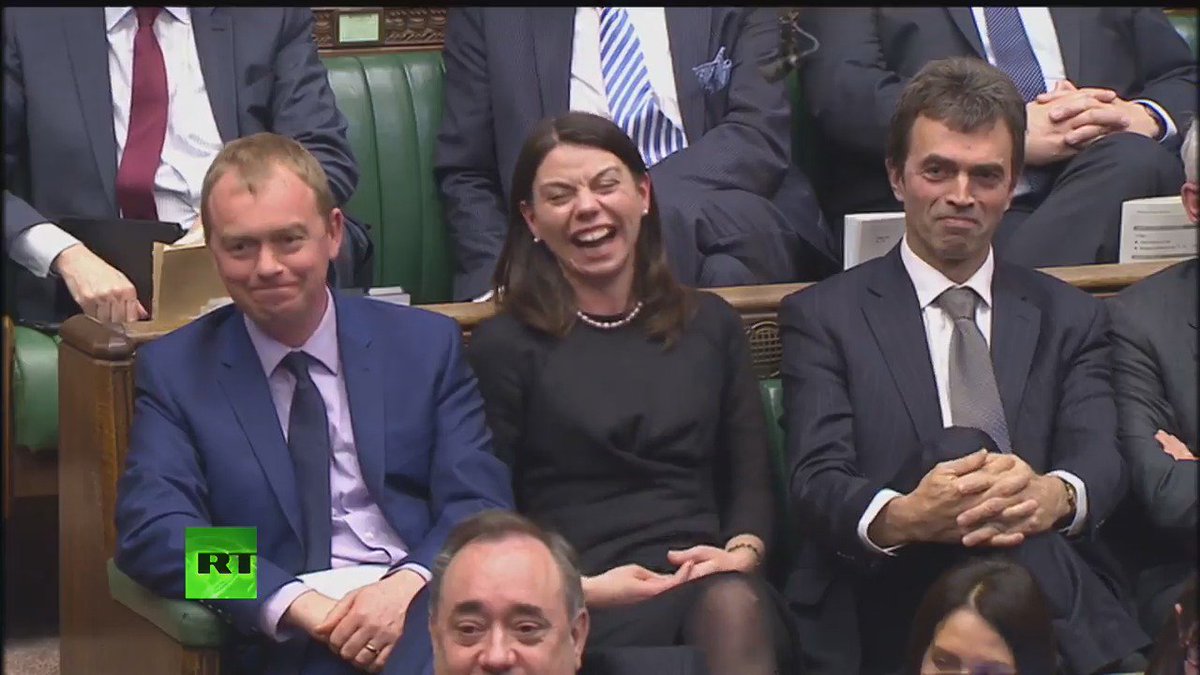 May has conceded there will be “consequences” to leaving, but it is in the interests of both the UK and the EU that there is as little disruption as possible.

“I want the UK to emerge from this period of change stronger, fairer, more united and outward looking than ever before.”

“Now’s the time to be united” @theresa_may says on #BrexitDay after triggering Article 50 and kicking off the #Brexit process.

“What kind of country do we want to believe? I want United Kingdom to be stronger, fairer and more united” @theresa_may#BrexitDay

Labour leader Jeremy Corbyn has condemned the “reckless and damaging” direction of Brexit, responding to May’s statement in the House of Commons.

He has vowed that Labour will not give the government a “free hand” – to jeers from MPs, because he demanded they vote for Article 50.

“That England that was wont to conquer others, Hath made a shameful conquest of itself” (W. Shakespeare, Richard II) #Article50 #BrexitDay pic.twitter.com/WWDd6BAbxP

Today we “take back control” and “get our country back” by driving our economy off a cliff for nothing. #Article50 #BrexitDay

This paragraph, from PM’s letter to Donald Tusk, arguably sets out why more than 75% of my constituents voted to remain in the EU #Brexit

Corbyn went on to say Britain must not become a “tax dodgers’ paradise” or a “low wage tax haven.”

He says Labour will use “every parliamentary opportunity to ensure this government is held to account at every stage.” 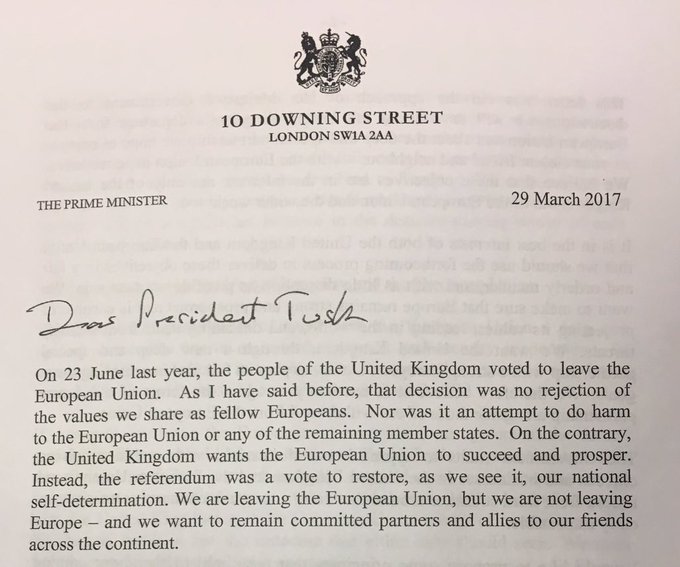 PM tells EU we’re having our ‘self determination’ but tells Scotland, you’re not entitled to yours #doublestandards

Tusk spoke to the media following the triggering of Article 50.

“There is no reason to pretend that this is a happy day – neither in Brussels nor in London. Afterall, most Europeans including almost half the British voters wish that we would stay together, not drift apart. For me, I will not pretend that I am happy today,” he said.

“But paradoxically there is also something positive in Brexit. Brexit has made us, the community of 27, more determined and more united than before. I am fully confident at this.”

Tusk: Will share draft EU27 #Brexit guidelines with Member States on Friday for adoption by #EUCO on 29 April.

He has stressed that “for now, nothing has changed. Until the UK leaves the EU, EU law will continue to apply to and within the UK.” This was possibly in reply to earlier attempts by London – now abandoned – to stop EU citizens from moving to the UK in the two years before Brexit.

He added it is now about damage control. “Our goal is clear – to minimize cost for EU citizens, businesses and member states. We will do everything in our power, and have all the tools to achieve this goal.”

Our #Brexit team is ready. We will work for #EU27 member states, EU institutions & citizens; together with all Commission services.

Tusk says negotiations will begin for an “orderly withdrawal.” He says on Friday he will share a proposal of guidelines to the 27 member states to be adopted by the EU council on April 29.

He ended his press conference by telling Britain: “We already miss you. Thank you and goodbye.”

Today the Government will trigger Article 50. Find out more about the Government’s Plan for Britain: https://www.planforbritain.gov.uk/

After Article 50 is triggered, there are two years to complete negotiations.