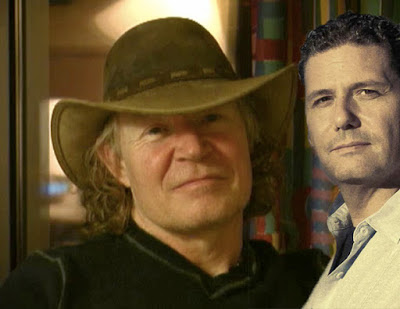 (Stillness in the Storm Editor) Be advised that I have added Bill Ryan’s new responses to the article Updated: Corey Goode Responds to Claims Made by Bill Ryan.


Recently, I received several screenshots from a forum post on Project Avalon that suggested I was being underhanded or trying to hide Ryan’s responses because “they were so damning to Goode.” The truth is much less sensational.

I wasn’t planning on posting his responses as a stand alone article because I thought they weren’t substantial. But in an effort to dispel confusion around this already confusing issue, I am now posting this notice.

This is what happened.

Ryan sent me his responses several weeks ago. I didn’t post them immediately because I was busy with other projects and traveling at the time. I actually forgot about them. When I finally did review them, I didn’t find his responses very compelling. There wasn’t any new revelations or evidence to support Ryan’s original claims, just additional clarity about what was already said.

In case anyone is wondering, I did send those responses to Corey Goode, and he declined to respond suggesting that Ryan didn’t raise any points that needed to be addressed. I tend to agree with this assessment.

No doubt, some will interpret the above explanation as evidence I am trying to spin this story, or that I am trying to back-peddle. People are free to interpret my actions as they like. But I think after reviewing Ryan’s responses, you might agree with my assessment.

As ever, I hope all involved can learn from this situation. And that we can agree to disagree on some issues so we can move forward as a people.

If there are any questions or concerns, feel free to ask or send me an email via sitsshow@gmail.com.