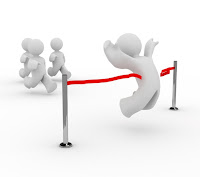 Where to begin… how about at the end… better yet, lets begin and end simultaneously… and let’s call this post the BegEnd and serve it up hot with Canadian bacon and rye toast till 3pm (about the same time Christ died for us today).

So on Trump… nope, let’s not go here… been there done that… we’ll see who is accurate and inaccurate as enough time passes, no need to poke that particular bear again… the truth will set us all free right….

Syria… maybe this is a natural BegEnd point, but Syria was more about the US deep state provoking Russia, and Russia didn’t knee jerk into a retaliation… so Syria is kinda like yesterday’s news which didn’t really amount to much….

North Korea… we’re getting closer… but isn’t the big “nuclear threat” more about the US Deep State trying to provoke China into a global war by attacking our ships in the Korean Peninsula, which isn’t going to happen because they want the RV to start, and maybe why those huge immovable battleships are floating in open waters just waiting for a Chinese pre-emotive attack… so why even bother exploring that lame duck topic because it’s going to disappear just as fast as it arrived like the Ebola scare this summer….

The RV… hmmm, interesting, but not really a starting point because the system has long been hot, money liquid, and governments/currencies changed over per the GESARA treaty…  besides that’s been an any second status thing for awhile now, and while there is new intel, what does it really matter any more because honestly Good Friday will force the banks to cough up the 800#s and truly make this the Phenomenal Day when Christ surrendered his Body and Soul in service of humanity… remember his last word, “Tetelestai,” when it left His lips meaning “It is finished”… might be wise to keep it on your minds tonight…

ZIM… gosh, perhaps, I mean it is like fluctuating between $2.75 and $3.00 USN; plus a few huge European buyers are scooping up as much as possible ZIM on the stress of Zimbabwe via a cash back strategy that is draining the new bond notes out of circulation… so if you’re just going by normal supply and demand models on the street to judge demand, not only is the ZIM a currency again, but it’s super valuable and going higher than the 1:1 USN rates they were first published but the government… it’s even escalating more quickly than the Central Bank of Zimbabwe was expecting so they limited cash back scams to $20….

Sovereign Rates… ah, yes, sovereign rates… now we’re cooking with gas… Bruce Almighty claimed there 82 zeros now on-line this past Thursday… and while that is true, those zeros were stockpiled over many months in dozens of banks worldwide… there’s actually more than double that now available for humanity… Yahtzee!… thus, while the overall assessment was net-net accurate, enough liquidity now exists in the system to hydrate and eliminate all forms of poverty, starvation, homeless, blight, debt and the need to charge profit in perpetuity for all nations, races, colors, ages and genders… so maybe it is time even for the skeptics to ask themselves if sovereign rates are for them… not out of some greedy goal to harvest the most possible money, but rather just out of basic respect to the size of the gift being bestowed upon mankind by God through the Elders… folks, we’re talking about complete and absolute human freedom from all consciousness of economic enslavement, eternally….

Can a brother get a witness!?  Maybe a spirited hallelujah!?  How about two front row tickets to Celine Dion’s Vegas show?  Boy, tough crowd…

Heaven… ah yes, let’s BegEnd here… for to deeply and meaningfully understand what is taking place, a top down perspective is required… just imagine saying to someone I’ll give you as many buckets (dollars) as you want or would could ever need, so that you may run to the ocean’s edge and scoop out as much water as you’ll desire to thrive or give to others to thrive… as experiencing such infinite resources is truly the point of this entire exercise… God is giving us so much money, He’s making money irrelevant to demonstrate His eternal love for all humanity, as He alone created us and now chooses to rescue–yet again–nothing more, nothing less… and yes, we have been chosen by God to experience heaven on earth during in this His final Golden Jubilee…

So welcome to BegEnd, Dinarland… this is what we’ve all been waiting on for all these years… our divine and infinite blessing of permanent resource relief from all the has ever oppressed us financially… including the concept of usury… but also shortened life spans… fake foods… political agents of evil… endless mass media oppressors… deceitful educational systems… carbon burning transportation systems… repressed technologies… separation from soul vibrationally… isolation from brother and sister benevolent species….

All that nonsense is over… like it was never there… and only our memories and scars will prove to future generations they ever existed… poof… gone… just like that… awesome….

Do enjoy your new life, your new wealth, your new consciousness… your absolutely new everything… but never forget from where you came or how fortunate you were to make it to the end… many were not as lucky….

Thank you for walking this journey with me… it’s been a great honor to serve this community, make wilds suggestions, even educate and inform, certainly agitate and utterly infuriate… mahalo nui loa….

As my earthly father likes to say, life isn’t always good or bad, just try and keep it interesting… and boy have we sure done that together…