Some 35 million years ago ice appeared on Antarctica according to Experts. Somehow, there are numerous ancient maps that show Antarctica FREE of Ice. How on Earth is that possible? 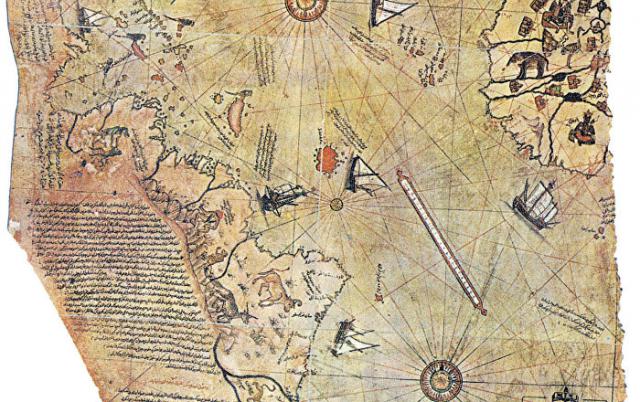 Do you believe that history, as we have been thought in school, is incomplete?

What if I told you that there are countless discoveries that have been made across the planet that point to the fact that there are many enigmas in history that mainstream scholars are unable to understand.

Among the numerous discoveries that challenge modern history is a set of ancient charts that reveal a long-held secret.

When was Antarctica Ice Free? According to experts, Ice in Antarctica ‘suddenly appeared’ some 35 million years ago. One hundred million years before that, the continent remained free of ice.

But, if ice appeared on the Antarctic continent that long ago, who on Earth could have created charts that depict the continent free of ice?

Even after Antarctica moved to its current location, the now icy continent remained a subtropical heaven, but then mysteriously, around 35.5 million years ago ice covered the continent in around 100,000 years. Experts agree that this is an ‘overnight shift’ in geological terms.

With its 14.0 million square kilometers, Antarctica is the fifth largest Continent on our planet, and in other words, is twice the size of Australia.

The existence of countless Maps—like the infamous Piri Reis map—is seen by many as evidence that our ancestors knew the exact shape of our planet, its size and were sophisticated enough to utilize spherical trigonometry, and precise and elaborate mathematical calculations—as if in the distant past, thousands of years ago, perhaps tens of thousands of years ago—an unknown civilization on our planet undertook a MASSIVE, global-scale project of mapping our planet like we have done in modern times.

The Piri Reis map shows something that should not have been possible for a map in the 1500’s.

The map was composed by Turkish Admiral Piri Reis and it depicts Antarctica which was only discovered between 1818-1820, FREE of Ice.

So if Antarctica was discovered between 1818 and 1820, how on Earth do we have a map that dates back to the 1500’s, depicting Antarctica free of Ice?

Author Graham Hancock explained the map perfectly when he wrote that it displays advanced mathematics in the map projection, and incorporates highly accurate relative longitudes. The map itself incorporates numerous features that should not have existed in the 1500’s.

But it wasn’t Admiral Piri Reis who mapped Antarctica. In fact, the Turkish admiral explained on the texts written on his map how he produced it. According to the texts, the Piri Reis map is not his own work but a composition of around 20 older maps. The only thing Piri Reis did was put them all together.

These ancient “source” maps used by Piri Reis have since been lost.

It is noteworthy to mention that Charles Hapgood began studying the Piri Reis map in the middle of the 20th century and published the book Maps of the Ancient Sea Kings in 1966. Hapgood claims this and other maps support a theory of global exploration by a pre-classical undiscovered civilization. He supports this with an analysis of the mathematics of ancient maps and of their accuracy, which he says surpassed instrumentation available at the time of the map’s drafting. Hapgood argued that owing to the map being assembled from components, the Caribbean section was rotated nearly 90ј from the top of South America. He attributed this to either copying from a polar projection, or to fit in the space available by hinging the map at that location and giving it an “alternate north”, of which other examples are known in maps of the era. (Source)

Some would say, Nah… it’s just a coincidence, maybe it’s not even Antarctica. That’s a fair why, but why does the Hadji Ahmed map exist then? This ancient chart was created in 1559, shows incredibly accurate delineations of the western coast of Northern America and Antarctica. What is even more incredible is the fact that this ancient map shows a land bridge connection Siberia and Alaska, indicating it originated from a time when the bridge was still present.

Well, the Hadji Ahmed map could also have been misinterpreted. Alright, I’ll go with that too, but how about the Buache Map? 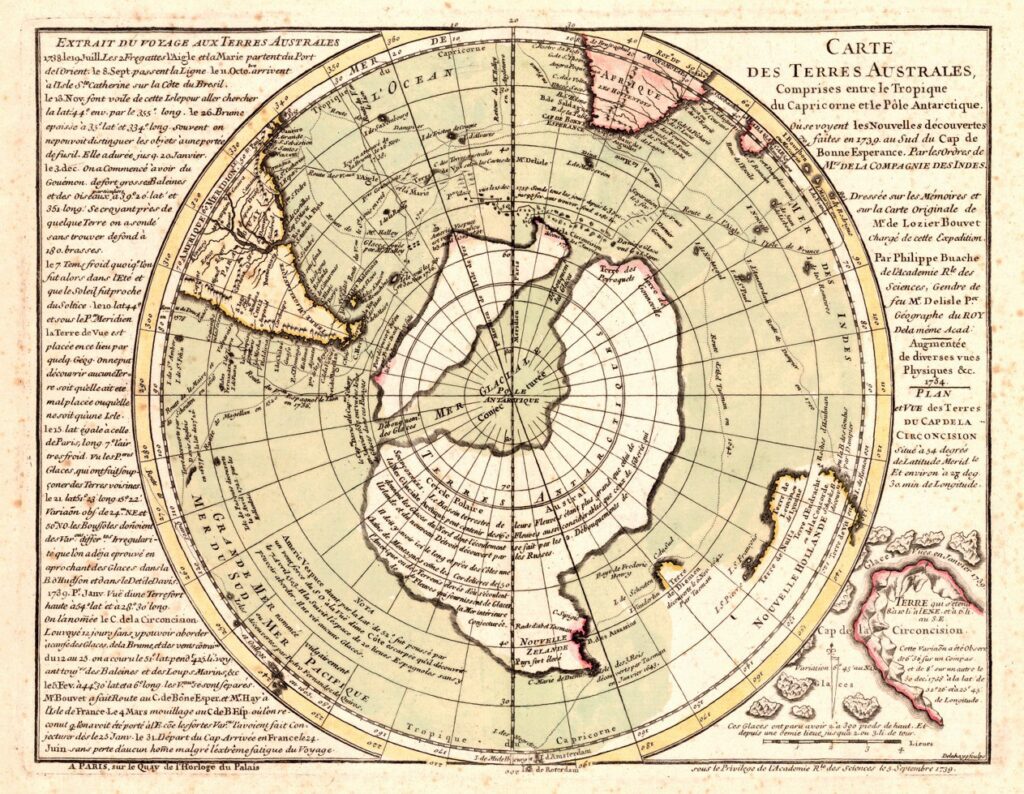 The Bauche map was created by a French geographer by the name of Philippe Buache de la Neuville. The Buache map has two versions.

One of the charts is believed to accurately depict the ice-free coastline of Antarctica while the other chart makes no mention of the continent whatsoever.

Many indicate that Buache was unaware of the existence of the Icy Continent and that his depictions were nothing more than a hypothesis.

If the above maps aren’t enough, we have another chart that shows the same thing. The Oronce Finé World Map created in 1534, is an early cordiform chart which displays features of Antarctica when the continent was not covered by Ice.