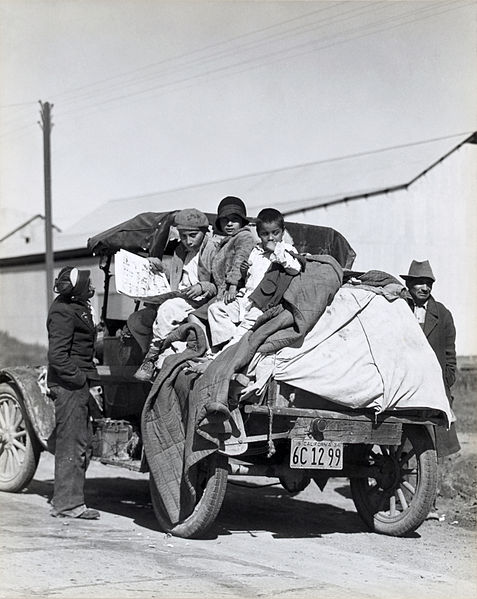 Arguing with a liberal about the economic impact of rampant immigration will twist your brain into a pretzel. It inevitably goes something like this:

“Illegal aliens and legal immigrants are taking millions of our jobs.”

“Then they’re all on welfare.”

“No, they’re not. Even most undocumented workers are productive members of society.” “How are they productive if they’re not taking jobs?”

“Americans don’t want those jobs because migrant workers have been taking them for so many decades that wages have remained stagnant at a level that only a totally desperate person would work for. That is exactly how they are hurting us by taking jobs. They are not just taking up jobs, but they are keeping wages suppressed because Americans would have to reduce themselves to living like many migrant workers in substandard housing and driving badly broken vehicles in order to stay alive at those wages if they accepted those jobs.”

“Migrants only live at that level because they are forced to.”

“Exactly. They are forced to because the pay for those jobs never goes up because they are willing to live at that level out of desperation if that is what it takes to stay alive, and you’re willing to exploit them.” 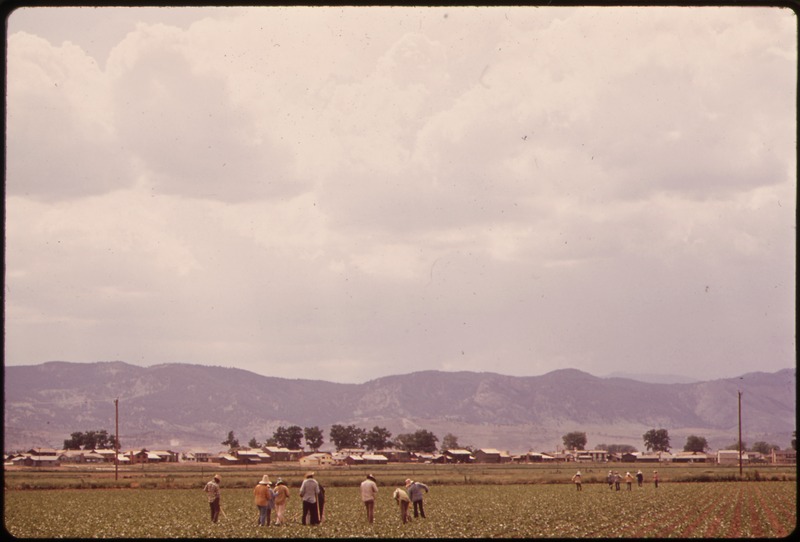 Migrant workers in a California field.

And that, you see, is the bottom line — cheap labor via a peasant class. We don’t want to pay more for everything, so we turn a blind eye to the cheap, illegal labor and keep the peasants coming, regardless of the social costs of maintaining a peasant class.

They are truly peasants, not just because of their living conditions, but because they supposedly have no voting rights (debatable). They have no say in the laws that govern them so live by the rules of another class of people, and they have to keep their heads low to keep from being deported. That means they dare not complain about working conditions either, as Americans most certainly would.

Peasants have to take what they get. That’s why we keep them illegal, and why we just catch and release them, letting them stay here in spite of the fact we know they have no legal right to because we just caught them crossing the border. It all forces them to keep their heads low … until one day they rise enough in numbers that they don’t keep their heads low any longer, and the peasants revolt against their slavish conditions. 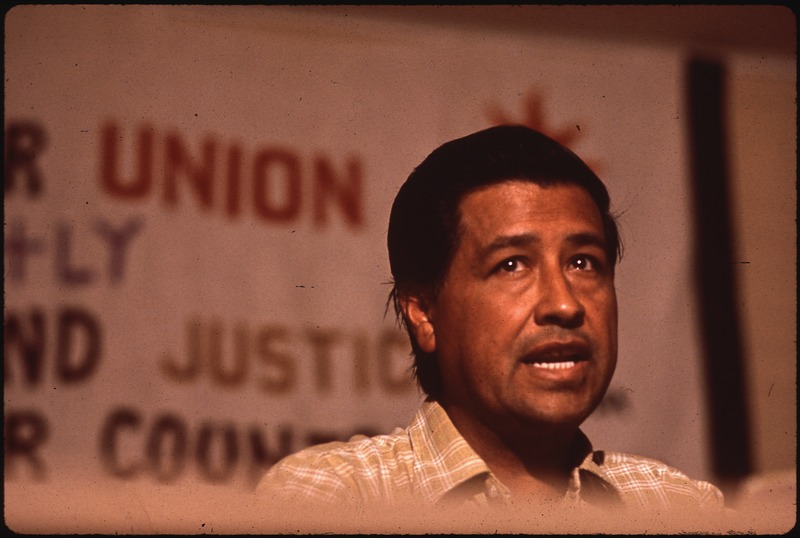 What about the compassionate liberal argument for immigrant labor

At this point, the liberal turns to the compassion argument, since the economic argument for immigrant labor leads to ruin. The compassionate argument runs like this, this time started by the liberal:

“You are mean and cruel for wanting to kick a million and a half undocumented workers out of this country.”

“No more mean and cruel than you are for insisting on keeping out the hundreds of millions more people who want in but are kept out because they respect our immigration laws.“

“I don’t insist on keeping anyone out.”

“Of course you do. Otherwise, you’d spend all this protest energy trying to get the government to declare open borders to the whole world and let in everyone who wants in so long as they’re not criminals.”

“There wouldn’t be that many that would come in anyway.”

“Eliminate all immigration laws, except those barring criminals, and find out.”

“That is ridiculous. We have to have some reasonable limits because we cannot absorb hundreds of millions all at once.”

“Yes, it does. We cannot absorb hundreds of millions. It’s ridiculous. I would if we could, but it’s not even possible.”

“So, there is nothing wrong with having immigration laws, but just with enforcing them?”

“Yes, that’s mean and cruel because you are breaking up families.”

“Didn’t they know that was the huge risk they took in breaking the law and coming into the country illegally — that it might be really messy when they’re forced to leave?”

“You’re a racist with no heart.”

“What if I’m of English decent and also don’t want 1.5 million illegal aliens from the UK?”

“You’re English? See, I knew you were racist.”

“What if I just don’t want more people of any color, including my own, because we already have too many people in the US?”

“Why don’t you just leave the country and solve the problem then?”

“Aren’t you the one who promised you would leave if Trump was elected? Why should I just force the problem onto some other nation? You see, at one time, we had a vast land we wanted to occupy in order to keep the Indians from having it all, so bringing in immigrants was the only way to occupy all of it. But I think we’re full, and we can stop now.”

“No, I love Indians and even have some as relatives; but I’ll bet the Indians would have been glad to have a lot fewer migrants, too, starting with the Mayflower. Look, my point is that there was once a lot of land available. Now the land is overstrained. We don’t need more housing developments all over the countryside. Don’t need more congested streets and more auto pollution and more petroleum consumption. Don’t need more landfills filling up faster and more sewage, and we don’t even have enough potable water in the places that want immigrants the most. There is simply no way to bring in millions more people without adding to all those problems because we’re full now. The land simply cannot absorb more without it having a negative impact.”

“That makes no sense. We’d have no economy if we stopped immigration. We have to keep bringing in people so that we have people to build housing for. Building those developments is what keeps the economy perking.”

“So, we need all of our cities to endlessly grow like Mexico city or like California has been doing and never stop increasing the population because that is the only way to sustain a healthy economy? Is that the Californian version of sustainability? California has grown to where it doesn’t even have enough water for all of its people without going to another state to get it. So, doesn’t water, at least, force a point at which you say population growth is enough already? Yet, California wants immigrants more than any state. Where is it going to get the additional water?”

“That is ridiculous. Haven’t you seen that it is raining in California now? They’ve solved this problem. They now need more people in order to drink the water fast enough to keep their reservoirs from overflowing and breaking their damn dams.”

“Maybe they just want to use all those people to fill the holes in the dam and plug the damn leaks.”

“That’s horrible. They want them because they are compassionate.”

“Then why are they so uncompassionate toward the millions of others that they keep out with immigration laws? Maybe they just don’t need all those others to pick their oranges for a penny each and mow their lawns at a nice low price. Maybe they just want enough to keep the price stable and low.”

“That is a racist comment that assumes migrant workers are only good for mowing lawns and picking crops.”

“It’s not me bringing them all in and then paying them poorly for mowing my lawn. I mow my own lawn. Isn’t that the situation you’re keeping all of them in? Why don’t you pay them more so they can live like you in a house right beside you, instead of mow your lawn and then return to their trailer? You know, open the community gates.”

“That is ridiculous. Why is that my responsibility? I pay my gardeners fine. I pay them as much as anyone else does. I cannot help what the economy will bare.”

“Of course you can, because maintaining such a huge supply of immigrant workers, especially the cheaper illegal ones, makes sure the cost of their labor stays low for you.”

And there we are, full circle. It’s all about maintaining a peasant class for the privileged. How else will they enjoy a liberal lifestyle?