Is this stunning bracelet made by Paleolithic man for his favourite woman really 70,000 years old?

By The Siberian Times reporter
02 August 2017
Startling new scientific evidence is to be reviewed by international experts which – if true – would transform our knowledge of the skills and sophistication of early man. 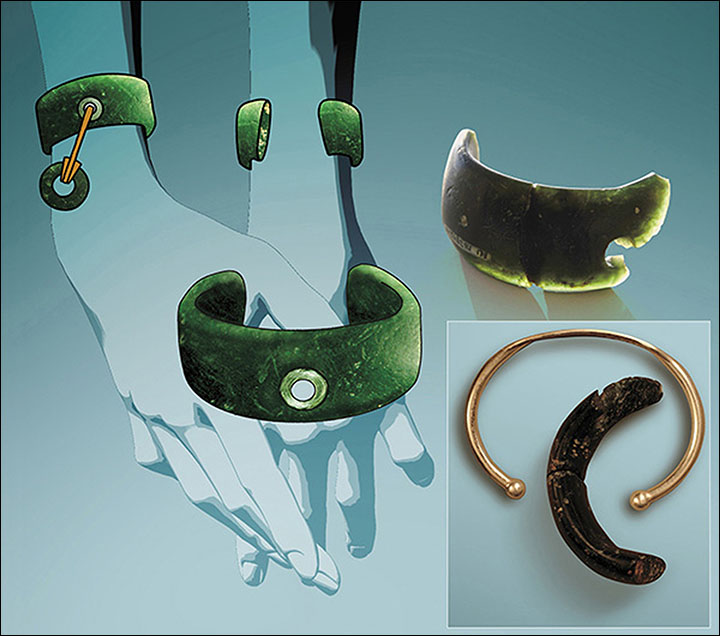 A stunning discovery by team of Novosibirsk Institute of Archeology and Ethnography. Picture: Anatoly Derevyanko

It is already known as the oldest stone bracelet in the world, believed to have been made not by ancient Homo sapiens but the extinct Denisovan species of early humans,  and previously  dated as being between 40,000 – 50,000 years old.

The bracelet was found in 2008 in so-called Stratum 11 of world famous Denisova cave in the Altai region of Siberia.

New findings suggest it could be 65,000 to 70,000 years old, long before ancient people were believed to capable of making such remarkable objects.

Maksim Kozlikin, a researcher form the Institute of Archeology and Ethnography, Novosibirsk, indicated Australian specialists were among those to obtain exceptional results on the bracelet’s age.


‘So it all goes towards changing the dating of the find to more ancient.’

It is understood that further checks were made, and the results were ‘verified and verified again’, according to one Russian report, citing scientists involved with the bracelet.

This month experts from Russia will meet scientists from the University of Wollongong in Australia, and University of Oxford in the UK.