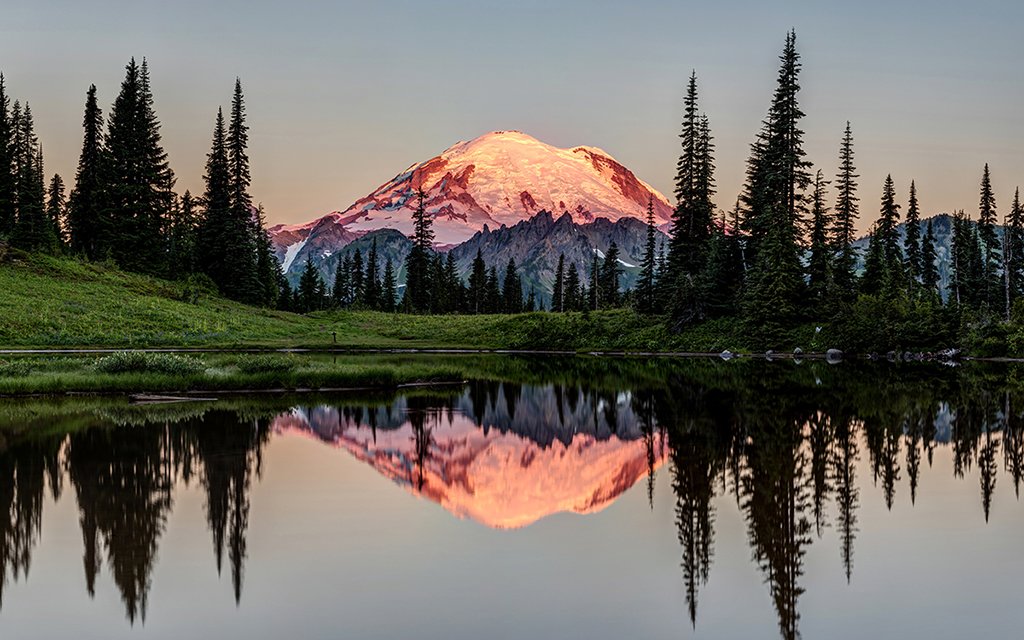 MOUNT RAINIER, ARGUABLY THE MOST DANGEROUS VOLCANO IN THE US RIGHT NOW. PIERRE LECLERC/SHUTTERSTOCK

Something fiery lives beneath Wyoming’s Yellowstone National Park – a huge upwelling of superheated mantle material, in fact, which is melting the crust and generating a huge supply of magma. It’s an unstoppable torrid force that will outlive our own species.

This is well-established, but a dramatic new study reveals that it’s got a friend. A seismic signature of a previously undiscovered “hot zone” has been found beneath three of the most dangerous volcanoes in the world, just over in Washington – Mount Rainier, Adams, and St. Helens.

Found at a depth that connects shallow magma chambers with ascending melts from the depths of the crust, the team estimate that it influences the volcanism over the entire 1,100-kilometer-long (684 miles) arc known as the Cascades.

It’s so huge that it contains twice the magma volume as is currently thought to exist in all three aforementioned volcanoes. Specifically, it’s at least 12,800 cubic kilometers (3,070 cubic miles) in size, about the volume of 2.6 Lake Michigans.

The pair of researchers, from the University of Rhode Island and the United States Geological Survey, explain in Scientific Reports that seismic waves beneath Southwest Washington are moving unusually slowly. This is a strong indication that a huge body of molten material exists, but they note that “further detailed imaging of the crust along the length of the arc is needed to confirm the presence of [this hot zone].”

Previously, it’s been thought that most of the magma that fills up the tanks of Mount St. Helens, Adams, and Rainier comes from the subduction of three minor tectonic plates beneath the North American Plate. As they lose water and disintegrate beneath the Pacific Northwest, the chemistry of the mantle there changes, and subsequently generates quite profuse and violent volcanism at the surface.

The discovery of this hot zone raises several questions. Is it the true primary control knob for the volcanic activity at the surface? Where does it come from? Is it more magma chamber, or mantle plume?

These need definitive answers. Every piece of research conducted on these volcanoes, and the plumbing system beneath them, is directly linked to the survival of millions of Americans.

As the infamous Mount St. Helens erupted most recently, volcanologists are far more worried about Mount Rainier. Seattle, a city of 3.7 million people, lives in the valley of this long-dormant fiery mountain.

Now, it turns out that there’s a massive reservoir of liquid fire hiding just to the side of it, and it’s only just been discovered. That’s both scientifically thrilling and genuinely frightening.