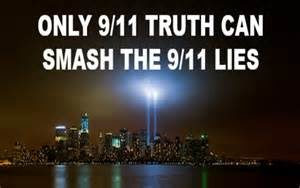 Bravo, Richard, for putting your heart out there to connect with people about a most critical issue in the minds of Americans, and the world.

I have been watching Richard speak for years and never saw him emotional, but 9/11 affected he and his family deeply in a way you might not realize happens to folks who live in New York.

Dolan leaves no stone unturned. Even the listener most fiercely resisting any questioning of the official version will be shaken to the core listening to every single point he makes. It is thorough, complete and Earth shattering even for the already awakened person. The inhumanity and the pure evil of 911 will hit you with full force and leave you enraged and numb.

Richard is absolutely correct that we need to find out what happened that day. We owe it to the victims, their families, and everyone who was profoundly changed by that attack. We may not realize it, but it changed us all.

The outer ramifications are clear to some of us, and we will continue to educate the public about just what that cluster of events on September 11, 2001 meant to America and the world. It wasn’t a tragedy. It wasn’t murder. It wasn’t terrorism. It wasn’t a false flag. It was beyond words.

WE, in THIS generation MUST bring the truth of this NOW. We must correct history now. ~ BP

Fascinating and extremely eye-opening 911 presentation by Richard Dolan in which he thoroughly reviews the many issues surrounding 911, such as:

1) the technical impossibilities of planes hitting the towers at the angle they are alleged to have and causing their collapse;

2) the lack of planes debris both in NY and Pentagon;

3) the never before seen examples of steel towers collapsing on their own footprint as a result of being hit by a plane;

4) the extremely speedy removal of the pulverized debris and the fact that the entire area was completely cordoned off and forbidden to the public until cleared of said debris;

5) the private purchase by Silverstein of a formerly owned government center six weeks prior to 911;

6) the mysterious paper passports which did not burn, even though allegedly the entire planes had been destroyed in the fires;

8) Reinsurers and plane manufacturers stock put options days before 911 and insider trading on a scale never observed before in the world history;

9) The speedy passing of the Patriot Act while the nation was immediately thrown into alleged anthrax threats as traumatizing as 911 itself;

10) The core of said Patriot Act, which completely nullified the checks and balance provided for in the Constitution, which was rushed through by a panicked Congress during the anthrax fear and had been written by none other than… Joe Biden, going back to 1985;

And the list goes on. Dolan leaves no stone unturned. Even the listener most fiercely resisting any questioning of the official version will be shaken to the core listening to every single point he makes. It is thorough, complete and Earth shattering even for the already awakened person. The inhumanity and the pure evil of 911 will hit you with full force and leave you enraged and numb.

Richard Dolan’s conclusion is that both the Patriot Act and Homeland Security Act could not have been passed short of a major even which he likens to a worldwide MKUltra-induced trauma: first 911 followed immediately by the anthrax scare allowed for both laws to be rushed through with little to no objection from Congress and from the people of America.

Both had been written long, long before 911 and required the most sophisticated manmade attack on our country to be adopted. According to Dolan, the trauma resulting from 911 caused a major split in the American and world populations’ psyche, not different from the methodical and systematic traumas inflicted on individuals through physical and psychological torture.

As Dolan states, an entire generation has been born and bred with 911 since birth and knows nothing else. Those of us old enough to have lived in America before 911 have never been the same since seeing the horrible pictures of the infernos and people jumping to their deaths to escape them. Once we are gone, there will no longer be any chance to go back. Time is on Deep State’s side.

A trauma which will never go away, even if the truth is ever acknowledged by our own government.

Christopher Bollyn: Memorandum for the President: 9/11 and the War on Terror: Israel’s History of False Flag Operations against the U.S.A.

9/11 Truth: Memoranda for the President