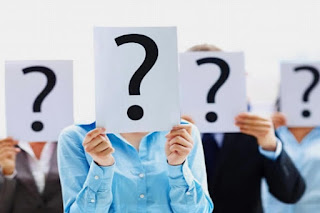 Here are 10 fair questions awakened minds are asking themselves this Thursday morning…
1) Obama
Why did Barry heroically return to Washington the week the federal budget had to get passed, and is that the way he set it up all along knowing the GOP would need Democrats to reach the 60 vote threshold?  And is Obama running the country secretly with his hand picked successor Speaker Paul Ryan until Trump is removed from power?
2) France
Why is a country with an impotent military, floundering economy and dwindling population still allowed to be a relevant veto force on the UN Security Council?  And what or who still gives them such an important position to intercede in major international matters, especially to start or stop a war?
3) Israel
Why did the German foreign minister travel to Israel and Palestine this week to demand that Israel & Palestine accept the UN Security Council resolution calling for a Middle East peace, two state solution, only to have the Israeli Prime Minister Bibi Netanyahu not even meet with him, then go ahead and bomb Damascus, Syria once he left — this after promising Russian President Vladimir Putin face-to-face only two weeks ago that he would not engage Syria again militarily?
4) Republic
Why is Trump being allowed to destroy the US geopolitical image and appear reckless as if he’s ordering random military strikes without provocation, when it’s obvious to anyone paying attention he’s nothing more than a “burner president” waiting to be thrown out and released from active duty as Russia’s patsy?  Or is Trump the Republic’s patsy?  Or worse, Obama’s?
5) Ryan
Why after the new Health Care Act was rejected, did Speaker Paul Ryan visit of all people Barack Obama in his home, in secrete?  And why would a sitting Speaker of the House feel the need to travel to Europe and publicly speak about supporting NATO as if he were the acting head of state?  And why at the same time did MP Mike Pence do the exact same thing in South Korea and Australia while President Trump played golf?
6) Senate
Why were 100 members of the Senate, Homeland Security and Generals Dunford & Mattis all gathered on the White House grounds to go over a “North Korea” briefing without Trump’s leadership?  Where was our acting head of state during this endeavor, and where was Obama and Ryan when the briefing happened?  Was this a staged event meant to publicly embarrass the Senators and/or final scolding to control their future actions in next week’s critical budget, health care and tax reform votes?  And could all of these domestic matters be required by the Chinese Elders before our RV is released?  Is this why Obama is suddenly back now?
7) USN
Why would a well respected Hong Kong private bank subtly promote sales of the new USN to local customers, but not all retail banks at an international FOREX level?  And when is the US Congress going to publicly announce a) that the Republic exists; b) the Republic has also switched back to the gold standard per GESARA requirements?  Will such new laws be invisibly dropped into the upcoming federal budget as not to upset the general population or market makers?
8) Deadlines
Why was the same federal budget deadline extended exactly one week last night, after being extended four months back in December 2016?  And why is big upcoming government shutdown vote being “synced up” with the vote on Health Care and Tax Reform?  Ironic that the French Presidential election is also synced up to mirror this US federal budget vote timing?  Doesn’t Mercury Retrograde end on May 3rd which is the same day the FBI Director Comey testifies before Congress about the Russia/Trump investigation?  And what about Iraq’s Mosul liberation with all the pretty flags, and it’s super high international rate printed in its local gazette newspaper?  And what of Israel’s two state solution and Netanyahu’s resignation?  Is Palestine’s international recognition as a state all synced up?  Will Ukraine finally sign the Minsk agreement and end their civil war?  Can Yemen’s liberation from war and upcoming UN humanitarian relief package also be known at that time?
9) Gold
Why are China and Russia not so quietly now pegging their currencies to gold, which pegs all international currencies to gold, and almost overnight eliminates the USD from relevance, and ushers in the USN without a sound?  And why must the United States be made to appear weak under the duress of turbulent domestic policy battles and a constant reality show circus known as Trumpsanity?
10) Jeter
Why was Jeb Bush allowed to buy a baseball team (Miami Marlins), and more importantly, why was Derek Jeter in the same ownership group as a Bush?  Did the Captain actually sell his soul to the devil cabal sports mafia… and even more concerning… is he aware that once he’s given away his essence, that there’s no getting it back for all eternity?
All fair questions…
Via