Received via email for posting…… 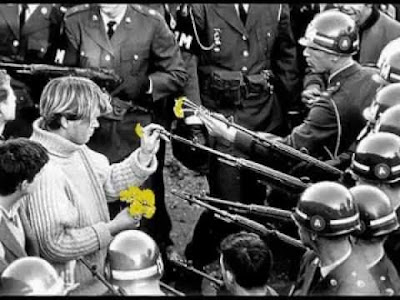 Seems to me the RV is a weapon. And the New Powers That Be (NPTB) are using the RV to inflict weaponized mercy upon all sovereign nation states to exterminate the cabal once and for all.

Take the recent India / Pakistan false flag event for instance. When the cabal attacked India via a faux Pakistani military unit earlier this week, it was like they were openly attacking Russia through its mandatory BRICS alliance. The cabal, therefore, is now trying to drag Russia into a war on every possible front before the RV–to stop the RV–so they can remain in power. Not gonna happen, but lets explore the possibilities.

All of these false flags are highly inflammatory planned distractions that make every attempt to incite riots in very sensitive cultural and religious hot beds, in order to change geopolitical strategy or public opinion in their demented favor. It’s all coordinated propaganda and thus not real. All of it. That’s right, 99% of all the major news networks and beloved anchormen you watch are fake, intelligence agency operatives, trained to mislead you and eliminate critical thinking, with the remaining 1% helpless waiting like sheep for slaughter as only 6 corporations control all the world’s media and pounce on new content providers without buyout offers before they know what hit them.

Yo, that goes for 90% of alternative news, political commentary websites and social activist blogs. All coordinated by a central messaging center, with oversight out of Eastern Europe. I know, it totally sucks right, finding this out for the first time, but keep exploring, it gets so much better. Trust me.


Now if the cabal believes they can still create order through chaos–which as a strategy has worked very successfully for many centuries–they must be still doing. Yet this tactic is clearly backfiring, and the cabal octopus of control simply cannot adapt fast enough to change the course of history–which in turn only accelerates their public exposure and immanent demise. Seriously, what good is a grand invisible conspiracy if nobody gives a shit?

Besides, Russia and India are way too committed to their common end goal of peace and prosperity to allow any meaningful escalation to occur in the Kashmir region. Isn’t it all just so obvious now given the timing of the RV, Paris Agreement, G20 and UN meeting? Seems their own playbook is now openly working against them and they just can’t audible to the right play call. Honestly, the big charade is not only out in the open, it’s become embarrassing to watch (see Hillary Clinton’s body double).

So as the pre-RV situation resolves for both Russia and India, they will simply allow diplomatic restraint to control the hysterical child (Pakistan) until it calms down before bedtime (RV) or permanently isolate their nation, putting them in a proverbial endless timeout, until either they apologize for all their past and present bad behavior or ask to play nicely again in the sandbox with the other 209 treaties nations (a la Turkey). And you know what, the BRICS nations are already doing this with every country… including the great United States of America. Their letting the once proud self-perceived king of the jungle wither and die at their own pace, by their own terms, and by their own choice.

Why? Because the BRICS nations know that these bad actors will be back, maybe never as strong or as powerful, or as well funded, or as motivated, but when evil does lurk its ugly head again in the future, they’ve set precedent as to how they will handle their misbehavior. Like a temper-tantrum throwing child who stops crying when they realign no one is listening anymore.

And this UN/BRICS diplomatic threat is permanent and absolute in its commitment to a strategy of isolation, which is why RV has been held back so long as to be used as a benevolent weapon for positive and sustainable change. Non-compiling sovereign nation states have no chance to escape their grasp, as none can exist post RV without acceptable ratification and implementation of the Paris Agreement–which by its default implements the gold standard–and literally over night creates a series of cataclysmic military and economic sanctions that would turn any population against their governmental leadership, as well as activate a unified world peace keeping force who can and will demand regime change.

So the benefit of continuous rebellion is net nothing. While the benefits of compliance and unity with the rest of the world is everything. Assuming this is truly our new earth reality, there truly is no safe haven for the cabal to regroup as every nation in the free world needs this new money to operate its daily affairs, and grow: which therefore makes the new financial system an instrument of weaponized mercy to be followed or else.

Shut the front door! Hallelujah! And you were worried in Topeka!

Free citizens of the world, be reassured that checkmate in this global chess game has long been called. And control for the soul of the world has long been decided. Love has won victoriously over fear, truth has overcome illusion permanently and unity has gracefully allowed destruction to leave with amnesty. All due to the sacred mandate of Heaven in Chirst’s name. Yes, we are intact entering an era of 1,000 years of white light, agape love, infinite abundance and relentless blessings as one happy family.

Brothers and sisters, that’s just the way it went down in our lifetime.

And it’s also why you will not see any meaningful military issues arise between either India and Pakistan; Israel and Palestine; Syria, Iraq and Turkey; Iraq and the US, or the US and Russian/Iran; as no small matter will be allowed to escalate into anything major moving forward. It just won’t happen.

This is also why every nation-state and its leaders are secretly waiting like well behaved boys and girls at the golden Chinese money trough so as not miss it’s flowing gold backed accounts. And why no nation dares risk their nation’s sovereignty over a few small territorial or hard asset matters, as everyone is terrified of facing international political irrelevance and global fiscal isolation. This is the way it always “should have been,” and well, now it is.

So expect your RV release here well before the end of September if not this weekend, and sit back to enjoy all remaining non-complying bad actors humbly and rapidly fall into line, as if by magic or inspired vision, for all will suddenly be humming the international harmony song or else be permanently removed from relevance in modern culture.

No nation can resist (Israel), no grouping of private families can overcome human ascension (dark nobility) and no higher alien species can reverse the truth of Christ with intellectual superiority (Annunaki).