The opening of Pandora’s Suitcase

http://alcuinbramerton.blogspot.com/2007/12/2008-agenda-for-disclosure.htmlPicture: The opening of Pandora’s suitcase. Agenda for disclosure.. 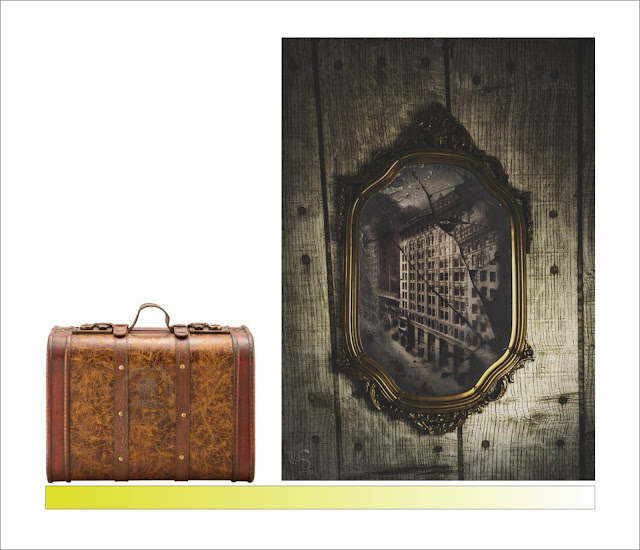 High-status disclosures of previously suppressed information are likely to bring the following changes in 2015:

The Kissinger-Bush-Clinton-Obama political clique will be removed from American public life permanently. Barack Obama, the 44th President of the United States of America, will leave office before the natural end of his presidential term. Decisive announcements to this effect may be broadcast during February or March 2015. Obama, like President George Bush Jnr before him, was illegally and unconstitutionally elected; he is a controlled agent of European monetary interests. More background can be found here, here, here and here.

The identities of the hidden Khazar Zionist political bosses embedded in corporate America will be disclosed. The use these bosses have made of human clones in American political management will become common knowledge. The use made of human clones in managing European Royal families, international banking, spiritual fascism in religion, industrial militarism and political assassinations will be made clear for all to see. The fact that mind-controlled human clones have been democratically elected into national leaderships, have signed state and religious papers of moment, and have been terminated at will and substituted with others, will be revealed.

Jorge Mario Bergoglio (‘Francis’), the present Pope, will be obliged to retire. Like Tenzin Gyatso (the Dalai Lama) and Billy Graham (US Protestant evangelist), he is a Western deep-state-controlled PsyOp, who functions within the mechanism of establishment religious control and disinformation. More about Bergoglio’s covert background can be found here (02.02.14).

Queen Elizabeth II of England will abdicate or, at the very least, will begin to withdraw from active personal involvement in Constitutional, Church of England, and international banking affairs. The occult connection between the Vatican in Rome and The Crown Temple in London will be revealed. More here and here.

The legitimacy of ‘royal’ status will attract increasing forensic scrutiny in the public domain. Why should élite, unelected, unappointed, unqualified bloodlines have privileged access to invisible wealth and influence? The rôle of the European royal families in the Nazi continuum’s shadow banking nexus will be exposed. An incremental admixture of document leaks, legal interventions and inside disclosures will galvanise public outrage. Examples: here, here, here, here, here, here and here.

The low-vibration AntiChrist energies of lies, deceit and personal greed, as channelled by the American political establishment (Republican and Democrat), will cease to be sustainable. Undetectable manipulation of the Kissinger-Bush-Clinton-Obama kind will become increasingly impossible on Earth as the energetic environment of planetary cleansing and ascension raises the dominant vibrations of light throughout the planet.

Major geopolitical financial changes, previously thought impossible, will become manifest. The internationally-traded US Dollar will come under the ownership and control of Asia, will become a gold-backed currency, will gain in value, and will be systemically separated from the fiat form of US Dollar used domestically within the US. The Swiss Franc will break its peg with the Euro (a fiat currency) and become gold-backed. The US will lose control of the UN, the IMF and the World Bank to the BRICS alliance. A new UN HQ will be built in China. The G7 Bretton Woods money management system of 1944 will be consigned to the dustbin of history.

Among other projects, this money will be used to buy out all oil corporations, banks and pharmaceutical cartels. And it will zero out (permanently cancel) all personal, corporate and national debts worldwide.

The whole human population will benefit from NESARA. Earth is a most abundant planet. There is more than enough gold-backed human money currently in existence on Earth for each and every human being to be a GBP millionaire without debts of any kind. GBP = Great Britain Pound. NESARA is about sharing the resources of the planet around fairly. And NESARA is about putting benevolent banking systems in place worldwide to deliver this monetary fairness. No individual anywhere on Earth will be beyond the reach of the NESARA wealth redistribution programmes. And no individual or organisation anywhere on Earth will be able to stop it.

NESARA will cancel all credit card, mortgage and other bank debt due to illegal banking and government corruption worldwide. Income tax will be abolished. A new 14% flat rate tax on non-essential new items will provide the necessary revenue stream for national governments. Money will cease to be spent on war, élite security and covert militarism. There will be increased benefits for senior citizens. In the USA, there will be a return to Constitutional Law at every level of the legal system.

And in the USA, a new banking system – American Banking Central – will click into function and will involve twenty nine new locally-orientated banks. The Federal Reserve Board will be abolished (pertinent letter here). The Internal Revenue Service will be abolished. More about these NESARA-related changes can be found here.

Free-energy Tesla technologies suppressed by the JPMorgan and Bush families’ corporate energy cartels will become freely known and freely available. There will be no further need to burn fossil fuels once the Tesla technologies are in place in industry, homes and vehicles.

Things will be seen in the skies, on the surface of the Earth and inside the Earth which mainstream corporate media and mainstream western education say do not exist and cannot happen. The core signifiers of ancient mythologies will be found to be real.

The covert interaction of several world governments with negative extraterrestrial groups will be exposed. The role of positive extraterrestrial groups in promoting the energisation of the planet and the manifestation of the NESARA process will be explained. The significance of the agriglyphs (crop circles) will become better understood. The availability of off-planet technologies for pollution control, human transport, and information retrieval will be revealed. Sonic healing machines will be released for the free use of all. The negative stargate (or interdimensional portal) in Iraq at the ancient Sumerian site of Entemenanki (the locality of the ziggurat of Marduk in ancient Babylon) will be closed.

Books will be opened. Human histories will be corrected. Many veridical accounts of human history still exist but have been hidden away and protected for final release during this end-time. They will be released and published in many languages and will be held safe beyond the censorship of dogmatic religion. Remote viewing of suppressed texts in closed libraries will become common. Extraterrestrial text-energy reading technologies, along with manuscript reconstitution and multiplication techniques will become available.

It will become evident that no history, no event, no experience, no exchange, no conversation, no train of thought, and no feeling can ever be totally erased. Everything that has ever happened still exists perfectly in its original energy pattern. With extraterrestrial and spiritual technologies, past histories anywhere and anywhen can be comprehensively accessed and published. Every event that has ever taken place can be retrieved, reproduced and replayed in sound, vision, tactuality and multiple sensation. During 2015 this will begin to be understood. More information about positive extraterrestrials and the Higher Evolution can be found here.

On the web, a new democratic social encyclopedia to replace Wikipedia will arise. Unlike Wikipedia, this will be constructed in such a way that security, corporate and Zionist misinformers will be unable to manipulate its content. Truth will become clean and free for all.

New crowd-sourced media organisations will emerge in the West. The accelerating meme that leaking and whistleblowing can be more effective and more patriotic than voting, will become established as a norm in Western professional, banking, security and military cultures.

Into this climate of global disclosure will emerge the greatest discloser of all – the long expected World Teacher of The Aquarian Age. Called variously The Imam Mahdi, The Fifth Buddha, The Messiah, Krishna, or The Christ, The World Teacher and his team of spiritual masters will disclose openly the diseases of past history and the healing of the present. And The World Teacher – no surprise here – will not be a religious figure. More information about the emergence of The World Teacher can be found here.

In 2015, there will be further disclosures about endemic professional corruption in Western healthcare systems. Modern allopathic medicine will be shown to be a manipulative con designed by the corporate controllers of the pharmaceutical industry to make people ill, keep them ill, and kill them prematurely. The tools of this manipulation are sophisticated poisons dressed-up as expensive medicines. The medicines in most cases are unnecessary, as is the fashion for casual intrusive surgery which makes even more expensive medicines necessary. Follow the money. Notice also the establishment attempts to suppress or outlaw alternative herbal remedies which work better and cost less. More information about The Ritalin Conspiracy can be found here, and about the Statin scam can be found here.

The story of what going is to happen in 2015 is the biggest story in the history of human civilisation on this planet. It is too big a story to be handled accurately by the corporate mainstream media. The news will be broken, initially, though Indymedia, alternative news, and progressive spirituality sites on the web. But most of all, the story will be discovered in personal experience. As more and more people learn the spiritual exercises of meditation, invocation, affirmation and dream management, more and more people will break free, see clearly and speak openly of that which was, and that which is to come.

The dark forces of debt-banking, mass surveillance and religious deceit are crumbling. Thirteen millennia of élite-led disinformation are coming to an end. Disclosure is light; disclosure is change. Disclosure is the oxygen of planetary healing.

May the force be with you, love you folks,.